The savages of the Islamic State[1] are notorious for taking Yazidis and Christians captive and selling them as sex slaves. And the world just turns away. But one man didn’t. Steve Maman, a Canadian businessman, has taken on the persona of a Jewish Schindler. He has made it his mission to saves thousands of little girls, some as young as eight, who are forcibly stripped naked and then auctioned off to the highest bidder. These children go for anywhere between $1,000 and $3000. They are raped 30 to 40 times a day and forced to perform unspeakable acts to satiate the desires of their deviant masters. If they don’t, they are beheaded. If they do, they get to live, such as it is. They are viciously beaten and handed around as party favors to multiple men at a time. Then they are forced to submit to female genital mutilation to restore their virginity, so they can be deflowered all over again. This is the monstrous visage of radical Islam – the mask slips to show the demon’s true face. 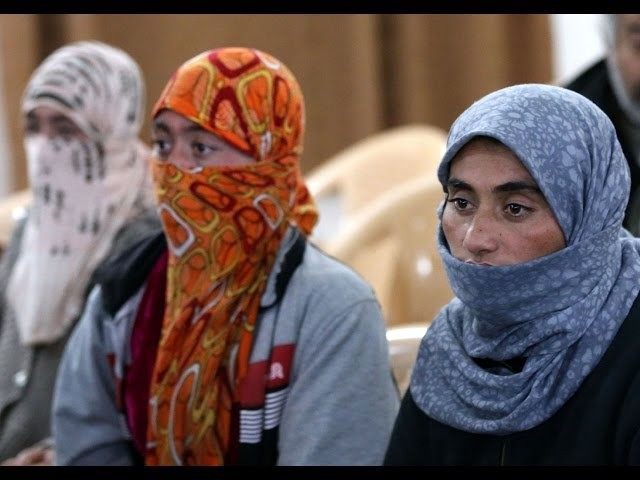 A Canadian Jewish businessman has spearheaded efforts to rescue Iraqi Yazidi and Christian girls from slavery after the girls were captured by ISIS troops, using money donated privately by business contacts. The businessman has cited Oskar Schindler, who rescued Jewish children from the holocaust, as his inspiration.

Last summer the world looked on in horror as ISIS swept through north Iraq, home to Assyrian and Chaldean Christians, and Yazidis. Hundreds of thousands fled before them, but thousands more starved to death in the desert, or were captured by Islamic forces. Girls in particular were bartered for in the markets, standing naked while men bought them as sex slaves.

But while most of the west turned off their TV sets, Canadian entrepreneur Steve Maman decided to take positive action. Making contacts in Iraq who could negotiate the release of the girls, Mr Maman raised thousands of Canadian dollars to finance a rescue operation, The Liberation of Christian and Yazidi Children of Iraq (CYCI).

Initially he turned to business contacts, mainly fellow Jews who he thanked as being “remarkably generous”, who donated tens of thousands of Canadian dollars to fund the efforts. Last month, he turned to GoFundMe in a bid to raise half a million. So far 120 girls have been freed, but around 2,700 are still being held.

“I said to myself: ‘I cannot, and will not stand idle. I will not look at the daily reports and stay passive’,” Mr Maman wrote in a statement on the website.

“The price of a child’s life to remove them from the hands of ISIS is between $1000-$3000. We, as avid consumers, spend that money on gadgets and tools. Why not spend that money to save a life?”

Most of the girls and women held by ISIS are being used as sex slaves, raped up to 30 times a day by both Islamic fighters and local men, he explained.

“Some of these children are as young as 8 years old. Not only are they at the mercy of the fighters, but also of the men still residing in Mosul; men of various ages, in some cases over 60 years of age. The rapes, abuse, and brutality they suffer at the hands of their captors are beyond imagination.

“There are many reports of owners that have decapitated innocent children and women because they refused to perform certain sexual acts. Those who comply are repeatedly beaten and serve as sex slaves to their owners, as well as their friends and guests, hardly ever limited to one predator at a time.

“Many young adolescents are sold to brothels, where they are raped 30 to 40 times a day by ISIS fighters. The U.N reports that ISIS militants have forced overly abused sex slaves to undergo virginity restoration surgery, up to 20 times after being raped and sold. This type of female genital mutilation is gaining popularity as these young girls may command premium prices on the market.”

Mr Maman has cited Oskar Schindler, the German businessman who saved dozens of Jewish children from the holocaust by buying them from the Nazis to work in his munitions factory as his inspiration. “What if someone had told Oskar Schindler that what he tried to do in the time of the Holocaust was incomprehensible and impossible?” he asked, adding: “Nothing is impossible.”

So far CYCI has raised nearly $120,000, and freed 120 girls, with more being released each week. But while the campaign’s donations page has been shared more nearly 3000 times on Facebook alone, just 152 people have actually donated cash.

And Mr Maman has told The Tablet that his appeals to more than 60 church organisations in Canada, including national bodies and parishes in Montreal, have failed to secure a single donation. “This is a finite problem that can be solved with money,” he said. “We need Christians to open up at the same rate as my Jewish friends have.”

Mr. Maman has raised roughly $120,000 and has rescued approximately 120 children. There are still 2700 awaiting rescue. And many more to come. Not one Christian organization has given a penny to help these children and only 152 people have donated money to the cause. That is outrageous. The Catholic Church alone should pony up the half a million being sought to help these innocent children. Where are the Christians standing against this across the globe? Where are the pastors and churches raising money and decrying these atrocities? Where are Americans when the most defenseless among us cry out for our help? I know where Barack Obama is – he’s on a golf course at Martha’s Vineyard somewhere. Who I’m waiting to hear from over this are our Christian leaders and their willingness to step up to the plate and help Mr. Maman save these children. Imagine the horror they experience in the slave markets of the Middle East. Imagine that here.