And Prince Turki al-Faisal is exactly right…[1] that is what will happen. No doubt about it. Once the genie is out of the bottle, it will never be put back. The US has crawled into bed with Iran, an active member of the new Axis of Evil and the greatest source of terrorism on the planet. We know full well that Iran will not keep her word – she is actively developing nuclear weapons to eliminate Israel and the US for that matter. Her neighbors all know this and can’t believe what the US is doing. They will arm themselves for an apocalyptic fight, even if they have to irradiate the entire planet. And all of this will be the handiwork of Barack Obama and John Kerry. 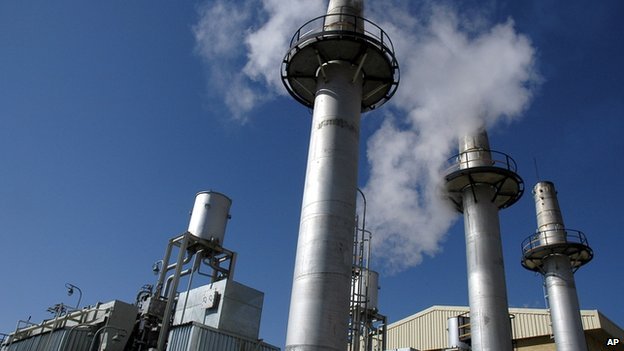 Iran insists its nuclear programme is for peaceful purposes. LOL

A senior member of the Saudi royal family has warned that a deal on Iran’s nuclear programme could prompt other regional states to develop atomic fuel.

Prince Turki al-Faisal told the BBC that Saudi Arabia would then seek the same right, as would other nations.

Six world powers are negotiating an agreement aimed at limiting Iran’s nuclear activity but not ending it.

Critics have argued this would trigger a nuclear arms race in the region spurred on by Saudi-Iran rivalry.

“I’ve always said whatever comes out of these talks, we will want the same,” said the prince, Saudi Arabia’s former intelligence chief.

“So if Iran has the ability to enrich uranium to whatever level, it’s not just Saudi Arabia that’s going to ask for that.

“The whole world will be an open door to go that route without any inhibition, and that’s my main objection to this P5+1 [the six world powers] process.”

With a late March deadline for an Iran deal approaching, Saudi Arabia last week signed a nuclear co-operation agreement with South Korea that included a plan to study the feasibility of building two nuclear reactors in the kingdom.

Riyadh has also signed nuclear co-operation agreements with China, France and Argentina, and intends to construct 16 nuclear power reactors over the next 20 years.

The US Secretary of State, John Kerry, flew to Riyadh earlier this month[2] to reassure Saudi Arabia and other Gulf Arab allies that America would not accept any deal unless it prevented Iran from building a nuclear weapon.

He was told that they found Iran’s support for armed Shia Muslim groups in regional conflicts as troubling as the prospect of an atomic bomb.

“So ending fear of developing weapons of mass destruction is not going to be the end of the troubles we’re having with Iran.”

Of most concern to Saudi Arabia is Iran’s backing of Iraqi Shia militias in the fight against Islamic State (IS) militants.

That role has become more public during the battle over the Iraqi city of Tikrit, with General Qasem Soleimani, commander of the Iranian Revolutionary Guards’ Quds Force, stepping out of the shadows to openly guide Shia forces.

“Now it seems that Iran is expanding its occupation of Iraq and that is unacceptable,” said Prince Turki.

The US military’s top officer, Gen Martin Dempsey, has said that Iran’s help in the Tikrit offensive could be “a positive thing” providing it does not fuel sectarianism.

But on a recent visit to Baghdad he expressed concern that Iraq’s Shia political leaders were not taking promised action to bridge the sectarian divide with Sunni Muslim Arab tribes, and warned this could strain the anti-IS coalition of which Saudi Arabia is a member.

Iran is allied with Russia and China. Russia is pushing the US to align herself with Iran to fight ISIS. When the terrorism is widespread enough and brutal enough, under the guise of Christianity, Europe will turn to Russia and the US will encourage it. Glenn Beck, Trevor Loudon, myself and a very few other researchers understand this and have warned on it for a very long time. Now it is happening. The Faustian deal[3] Obama strikes with Iran is more fodder for WWIII. Obama is rushing into it headlong with his eyes wide open. It fits perfectly into his anti-colonial agenda to reform the US and shift global control permanently to the Marxists.