We lost a true hero a week ago.[1] U.S. Army Master Sgt. Corey Hood, who was an Army Golden Knight parachutist and had served five tours of duty in Afghanistan and Iraq, died a day after a parachuting accident where he slammed into another parachutist at the Chicago Air and Water Show. He was only 32 and one of the bravest men out there. He received two Bronze Stars for his bravery and was known to run into gunfire, instead away from it. His heroism was truly inspiring. For his funeral, a lone Army Golden Knight parachutist and a team of professional skydivers landed on the football field where Corey played as a kid. It was a dream of Corey’s come true. Hundreds gathered there for his funeral in Ohio to honor a fallen military legend. 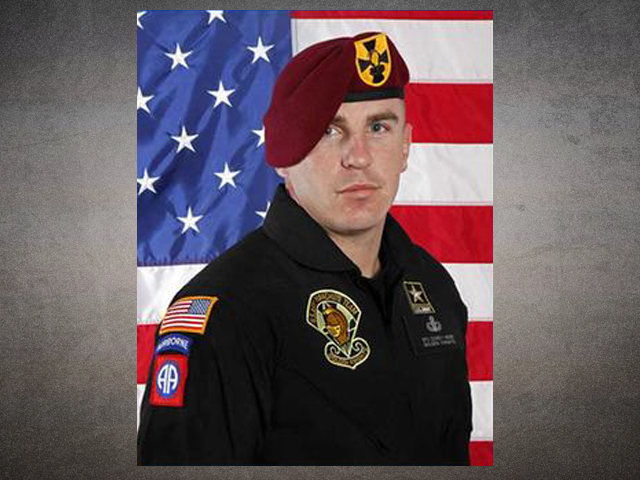 CINCINNATI (AP)[3] — A solo Army Golden Knight parachutist honored a comrade’s dream by landing on the high school football field where hundreds of mourners gathered for his funeral Saturday, a week after he was involved in a deadly accident at a Chicago air show.

The military skydiver, joined by a team of professionals, fulfilled the wish of U.S. Army Master Sgt. Corey Hood, who had long wanted to parachute on to the field where he played as a youth, the Cincinnati Enquirer reported.

“He was highly competitive and didn’t want to lose at anything,” Larry Cox, his high school football coach, told the hundreds of mourners who gathered in the stands at Lakota West High School. “I think it correlated with why he became such a great soldier.”

Hood, 32, died Aug. 16, a day after colliding with another parachutist before during a jump at the Chicago Air and Water Show.

“Corey would run toward gunfire, not away from it,” childhood friend Adam Price told mourners.

Hood rose quickly through the ranks and made sergeant first class at a young age. The Army on Monday posthumously promoted him to master sergeant.

Hood was buried during a private ceremony after the funeral.

It was truly inspirational watching the jumpers and their American flags streaming down with them. Hood began jumping in 2010 and logged more than 200 free fall jumps and 75 military static line jumps during his career, according to his Army biography. At the funeral, friends spoke of Hood’s love of life and his service to his country. And while he spent much of his life in the air, they said he always had two feet on the ground – he valued his relationships with family and friends. “I’ve never seen Corey happier or more fulfilled than he has been these past few years,” said his brother-in-law, Steve Hunt. “He loved being a part of the Golden Knights team, he loved to be on the jumbo-trons giving interviews to the press. He was living his dream and we got to live it with him.” By all accounts, not only was he a hero, he was a great guy and will be missed. Corey received full military honors at his funeral. 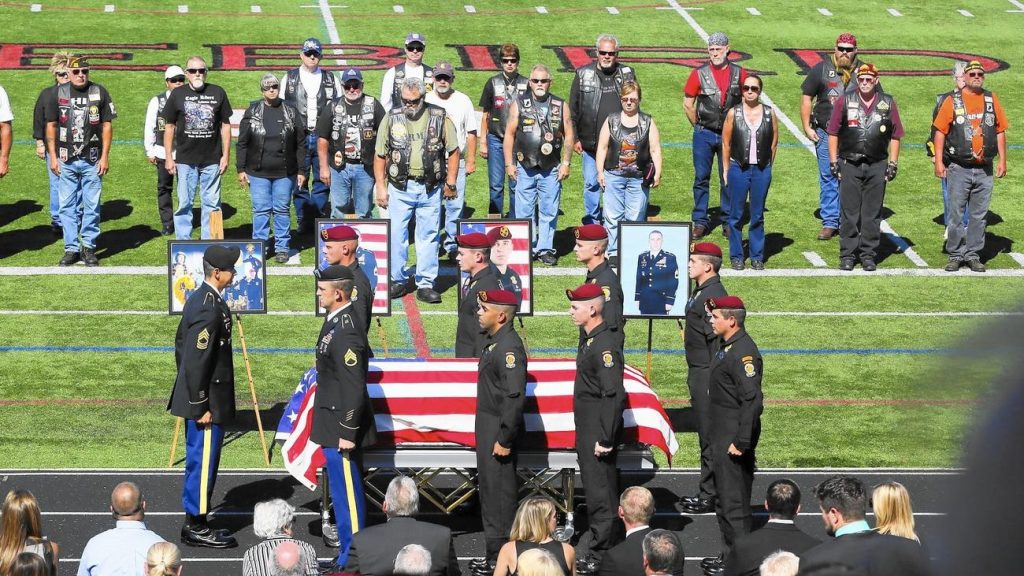 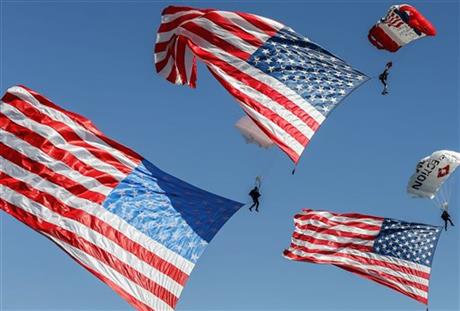 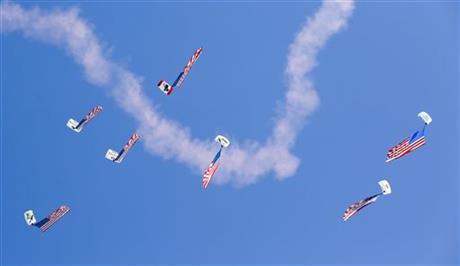 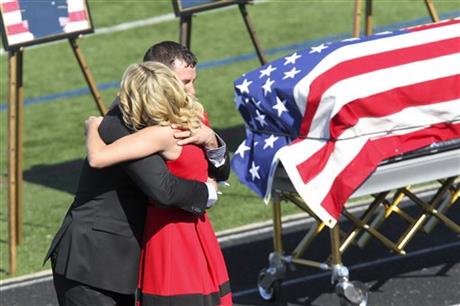