Tragedy struck in Australia[1] when a finance worker, who had worked at a police headquarters there for years, walked out at the end of his day and a 15 year-old Jihadi walked up behind him and shot him in the back of the head, killing him instantly. The police station had been on high alert because of elevated terrorist chatter for days. Police came out to confront the killer as the child terrorist danced in the streets, waving his gun, shouting ‘allahu akbar’ at the top of his lungs. They shot him as he was shooting at them. He was dressed in Islamic garb and had just come from Friday prayers. Even with all that, for the first 36 hours, the police denied there was a terrorist connection to the killing. Right. 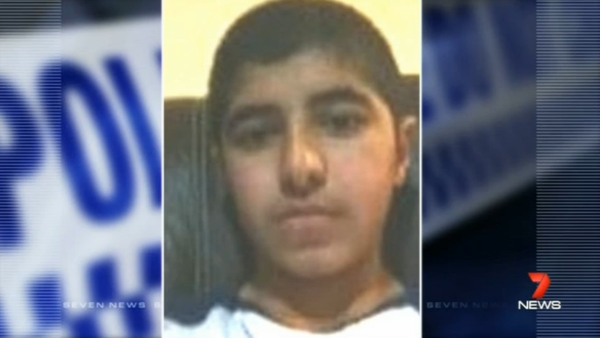 This is what a culture of death and savagery looks like.

Right before his murderous rampage, Mohammed had been to the Parramatta mosque. Is that mosque being investigated? Are the teachings being expunged of quranic text that inspires murderous jihad? No.

No, the knee jerk reaction is the tag line to jihad slaughter, “this is a tiny minority …… ” “this does not reflect on Islam” …. blah blah blah. Instead of ‘what is being done to address the Islamic texts and teachings that command this holy war.’

One witness said, “I was shocked to see what he was doing.”

Here is the video of the final moments of Muslim Farhad Jabar Khalil Mohammed dressed in Islamic garb, waving a gun, shouting Islamic slogans before he executes a police employee in cold blood.

The jihadi managed to walk into the police lobby unchallenged despite the elevated terror alert in light of recent chatter targeting that police station.

There was “blood everywhere.”

It was on Church Street at Parramatta just after 4pm yesterday.

The video shows the final moments of this radicalised teenagers.

The Muslim migrant teenager shouted religious slogans before firing one shot in the back of the head of police employee Curtis Cheng. There had been increased jihad “chatter” detected in the past week, relating to a possible attack on police HQ. And the intel was right — the cold-blooded murder came after Friday prayers. Always.

For the past 36 hours, the media and the police department in Sydney insisted that this had nothing to do with terrorism.

Age has nothing to do with the capacity for killing. If someone is radicalized and they can hold a gun, then they can kill. There was a small memorial placed where Curtis Cheng was gunned down. There was blood everywhere when it happened. The terrorist managed to walk into the police headquarters fully armed and no alarms went off whatsoever. That was a major fail. Then the media and the police there denied terrorist connections. Now, they say they believe it is connected to terrorism. That’s not quite the same as calling it a terrorist act, but it’s getting warmer. This teen’s family are Kurdish Iraqis that immigrated to Australia. The teen was almost euphoric in his last moments. I’m sure he thought he was going to paradise. Unfortunately, a much warmer climate is where he probably landed. Killing, singing and dancing… just sick. 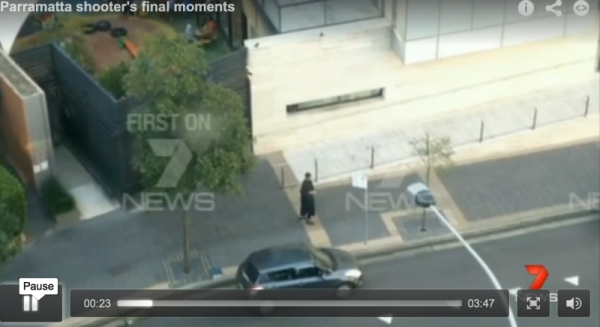 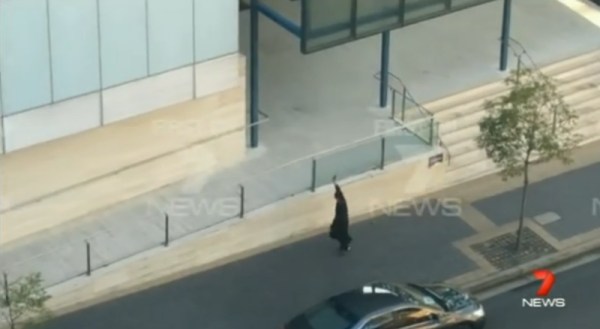 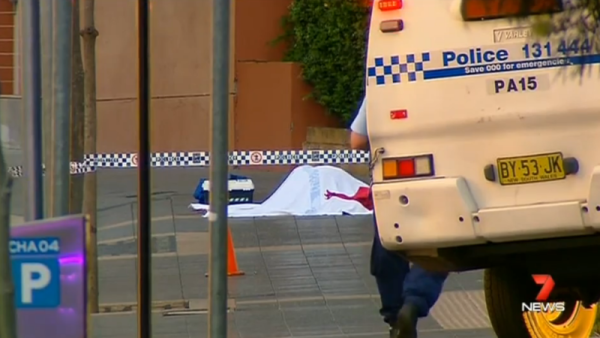 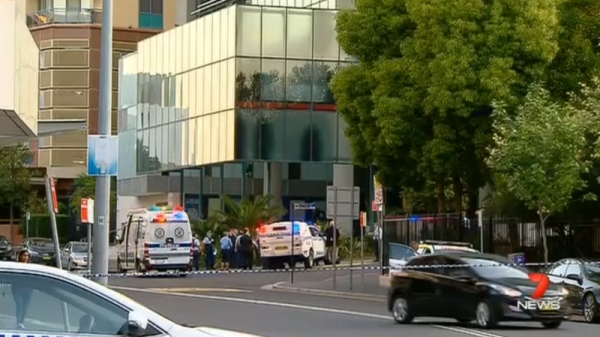