It’s no surprise that the Obama administration believes they’re above the law, and most of the time, they get away with it. But there’s at least one judge who is holding them accountable and refusing to let them trample all over the courts. 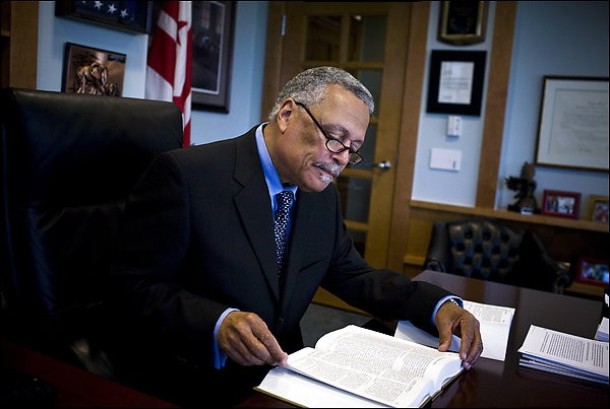 Judicial Watch announced that U.S District Court Judge Emmet Sullivan today threatened to hold the Commissioner of the Internal Revenue Service and Justice Department attorneys in contempt of court after the IRS failed to produce status reports and newly recovered emails of Lois Lerner, former director of the Exempt Organizations Unit of the IRS, as he had ordered on July 1, 2015.

During the a status hearing today, Sullivan warned that the failure to follow his order was serious and the IRS and Justice Department’s excuses for not following his July 1 order were “indefensible, ridiculous, and absurd.” He asked the IRS’ Justice Department lawyer Geoffrey Klimas, “Why didn’t the IRS comply” with his court order and “why shouldn’t the Court hold the Commissioner of the IRS in contempt.” Judge Sullivan referenced his contempt findings against Justice Department prosecutors in the prosecution of late Senator Ted Stevens (R-AK) and reminded the Justice Department attorney he had the ability to detain him for contempt. Warning he would tolerate no further disregard of his orders, Judge Sullivan said, “I will haul into court the IRS Commissioner to hold him personally into contempt.”

… At a July 1, 2015, status conference, Sullivan ordered the IRS to begin producing, every week, the nearly 1,800 newly recovered Lerner emails responsive to Judicial Watch’s Freedom of Information Act (FOIA) request. Despite the court order, the IRS did not produce any Lerner emails until July 15. The IRS also failed to provide Judicial Watch a status report of the Lerner email production issues, as also ordered by Sullivan. Last week, Judge Sullivan ordered sua sponte the parties to appear for a status hearing today after Judicial Watch raised concerns about the IRS’ failure to comply with his orders to release the newly discovered Lerner emails and status updates on its production of previously “missing” documents.

The developments come in Judicial Watch’s FOIA lawsuit seeking documents about the Obama IRS’ targeting and harassment of Tea Party and conservative opponents of President Obama (Judicial Watch, Inc. v. Internal Revenue Service (No. 1:13-cv-01559)). Judicial Watch’s litigation forced the IRS first to admit that Lerner’s emails were supposedly missing and, then, that the emails were on IRS’ back-up systems.

Yesterday, Judicial Watch released the first batch believed to be newly recovered emails of Lerner. The new documents show that Lerner and other top officials in the IRS, including soon-to-be Acting IRS Commissioner Steve Miller, closely monitored and approved the controversial handling of tax-exempt applications by Tea Party organizations. The documents also show that at least one group received an inquiry from the IRS in order to buy time and keep the organization from contacting Congress.

“In a dramatic court hearing today, Judge Sullivan made it clear he would personally hold accountable the IRS Commissioner Koskinen and Justice Department attorneys for any further contempt of his court orders in Judicial Watch FOIA lawsuit,” said Judicial Watch President Tom Fitton. “The missing and-then-not missing Lois Lerner saga is a stark example of the Obama administration’s contempt for a federal court and the rule of law. That Obama administration officials would risk jail rather than disclose these Lerner documents shows that the IRS scandal has just gotten a whole lot worse.”

It should be interesting how the IRS and the Justice Department responds to this. Will they be able to wriggle out of this one somehow, or will they be willing to go to jail to keep their secrets hidden?