It’s no small matter when the man who ran for President on the Republican side starts calling for a Special Prosecutor to investigate the IRS[1]. That’s doubly so since Romney is more of a moderate, establishment type, not a fire breathing bomb thrower. 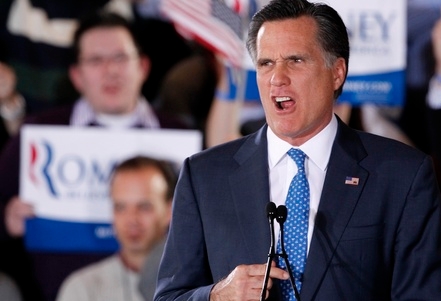 Clearly, the president’s ability to manage the government of the United States, and the trust that Americans have for our government, have been very seriously eroded by the kinds of revelations that have come forward from the IRS,” Romney said on the Fox News program Your World With Neil Cavuto.

Romney told host Cavuto he is “not going to jump on the bandwagon of attacking the president for everything that’s going on in Washington.” But he reacted strongly when Cavuto asked for his reaction to the news that several major donors to his campaign, including businessman Frank L. VanderSloot, were singled out for major audits by several agencies that cost nearly six figures to defend.

“This is a very dangerous and troubling development,” said Romney, “the idea that an agency that has our most personal information — I mean, they know how much money we make, what we make it in, what kind of assets we have, where all of our properties might be — they know all that about us financially. They have all that information, and they have used that information to pursue a political agenda. That should be a very frightening thing to people on both sides of the aisle.”

Romney blamed the IRS targeting of conservatives on “a negligent management.”

“It may be worse than negligence,” Romney told host Neil Cavuto. “We don’t know who all knew about it, who directed it. But it is a violation that the American people will not soon forget. It has to end.

“And in my view,” Romney added, “we have to put in place a special prosecutor to understand who knew what, and how that information was used, and we also need to put in place a structure that says in the future, these audits and these inquiries by the IRS or other agencies that carry out various kinds of audits, these things have to be viewed on a non-partisan, non-political basis, and assure that these institutions aren’t pursuing a personal agenda of one kind or another.”

If Romney had been a little more aggressive like this when he was running against Obama, the election might have turned out differently.