Two Texas Congressman have had enough of the shenanigans: at the IRS and have decided to introduce a bill offering a $1 million reward for recovering Lois Learner’s ‘missing’ emails. The bill, the Identify and Recover Lost Emails Act (HR 4958),: offers[1]: a reward for information concerning the destruction of the emails and also: proposes a 20 percent salary cut for IRS employees until the emails are found. You can read the entire bill here[2]. 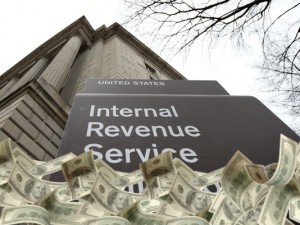 “It seems that each time the IRS has evidence that will either prove with certainty its guilt or innocence, the evidence disappears which both common sense and the law indicate the evidence such as emails must have proved the IRS’s impropriety if not outright crimes. It is time the IRS either comes clean, or has a special prosecutor to clean it up. This bill should help in the interim,” Congressman Gohmert said.

Rep. Gohmert has made no qualms about the implication of this bill, which is that Lois Lerner’s emails were not lost by coincidence or by accident.

“It seems that each time the IRS has evidence that will either prove with certainty its guilt or innocence, the evidence disappears,”

According to a recent poll conducted by: Fox News,: : 76%: of Americans believe the “lost” IRS emails were deliberately destroyed.

So you’re probably wondering where the money for such a big reward would come from. According to KETK NBC[4],

These rewards would come from the unobligated balances from the IRS fiscal year 2014 budget. Additionally, this legislation would cut salaries at the IRS by 20 percent, until the emails are recovered.:

It’s pretty sad when you have to offer a reward for anyone to supply evidence the government is trying to suppress.: