Tea Party Group May Finally Be Released From IRS Limbo

To all appearances, the Tea Party is dead. It has been displaced by populist progressivism, which is in many ways its opposite. Yet repression of the Tea Party by Obama’s weaponized IRS lives on:

The IRS is still targeting tea party groups for illegal scrutiny by refusing to process applications that have been pending for years, a federal court said in a ruling made public Friday, ordering the tax agency to quit stalling.

U.S. District Judge Michael R. Barrett said the IRS can still either approve or deny the Texas Patriots Tea Party’s application for nonprofit status, but the agency can no longer sit on its hands. And he said the IRS must give the application an honest evaluation without prejudice stemming from the yearslong targeting.

The Texas Patriots Tea Party applied for nonprofit status back in 2012 and has been hung up in legal purgatory by its ideological enemies in Big Government ever since. Even after admitting wrongdoing back in 2013, the IRS refused to process the TPTP application because the group had sued them.

Thanks to the ruling, TPTP may actually receive nonprofit status while a handful of people still remember what the term “Tea Party” means. 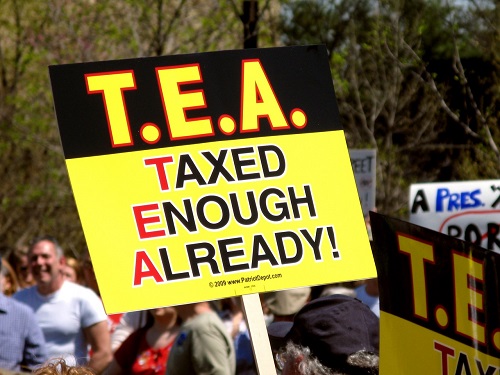 The empire has kept on striking back.