The Brits have bombed an ISIS oilfield[1] in Syria and here’s the raw video footage. 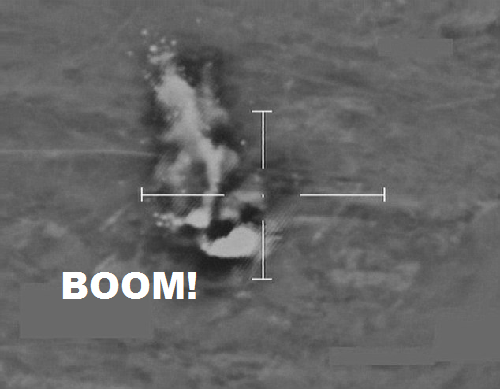 The full might of the RAF’s strike force has been unleashed for the first time against Islamic State as warplanes hit a key oilfield in Syria – while a drone destroyed a truck bomb in Iraq.

Defence Secretary Michael Fallon announced that the RAF would move to round-the-clock bombing raids and taunted the terrorists that they will enjoy no respite at Christmas.

He also revealed that IS headquarters would be the next target.

Here’s the dramatic raw video footage of the RAF destroying the ISIS oilfield during a Syrian bombing.