You might think terrorists are hard-boiled murderers who don’t need anything in their lives that might stop them from carrying out their Jihad and for the most part you would be right.

But there’s always someone who can be persuaded to do the right thing, or at the very least, not do the wrong thing. 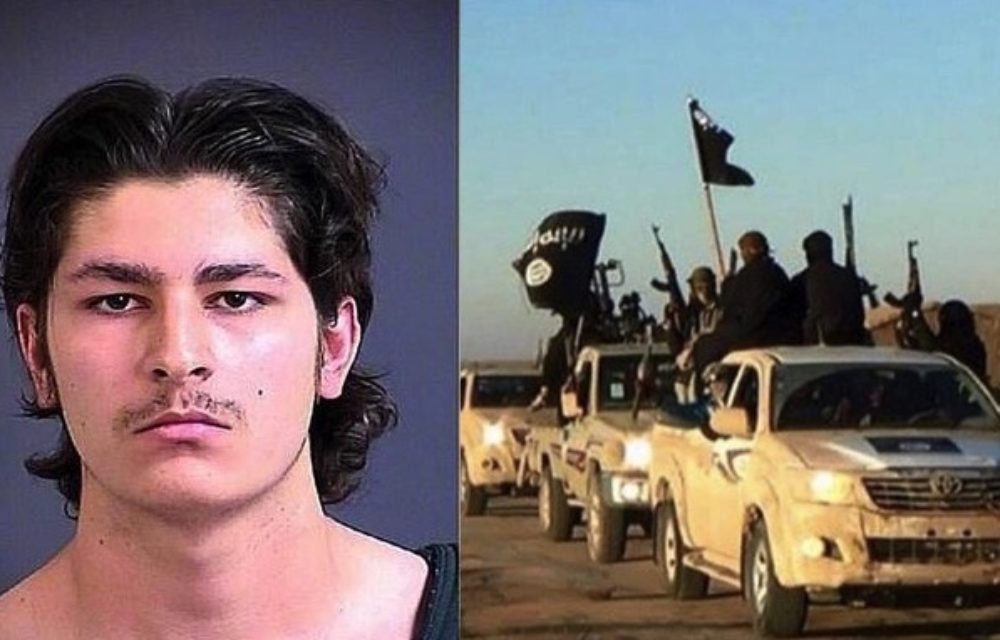 It’s difficult to imagine what goes on in the head of a jihadist as he plots to maim, dismember, decapitate or just blow up his victims. How does he look in the mirror the morning of the attack, knowing he will soon be covered in blood and say, yep, this is a good day?

Well we now have some insight, after the arrest of a young man in South Carolina who had some big plans…but also one giant misgiving.

Apparently, he thought twice about carrying through with his plan because he was worried about what his mom might think.

The Charlotte Observer[3] is reporting, An 18-year-old South Carolina man arrested last week on an ISIS-related charge dreamed of replicating the Orlando, Fla., massacre but decided he could better serve by joining the terrorist group in the Middle East where he could kill Americans, the FBI says.

Zakaryia Abdin was also worried what his mother might think.

Abdin, who formerly lived near Charlotte, was arrested Thursday at the Charleston airport, where he was scheduled to depart for Jordan.

Two years ago, when he was 16 and a student at York Comprehensive High School, Abdin and another unnamed suspect were charged with plotting to rob a gun store in North Carolina, then attack troops at military bases near Raleigh.

In his current case, prosecutors say Abdin had been conspiring online for weeks with an undercover FBI agent posing as a operative for the Islamic State, commonly known as ISIS or ISIL, about his plans to travel to the Middle East to fight. Otherwise, he would commit a terrorist act at home in support of ISIS, the FBI says.

But Abdin appeared torn about leaving his mother. He wrote the undercover agent and asked if he could send a picture of himself to her after he arrived in Egypt to fight.

“I told her I am just going on a simple vacation … When I arrive it will break her heart if I do not return and she does not know where I am,” the affidavit says. “She has every right to know that I have chosen this path and she will at least know where I am and I will not return.”

It’s amazing the things you think about when you’re about to change your life forever.

I’m extremely glad that this man was not able to carry out his plan and I’m happy to know that even the most blood-thirsty of terrorists can have reservations.