The government will try to convince you that ISIS isn’t in the United States, or if they are, they’re not a major threat. Something about having – in Texas – members of an Islamic State so radical Al Qaeda rejected them, isn’t exactly comforting. I’m sure that the people who saw the ISIS logo on the robes of a man in America weren’t thinking “Well, Obama said they’re not a major threat, so I’m fine! Those beheadings were for show.” 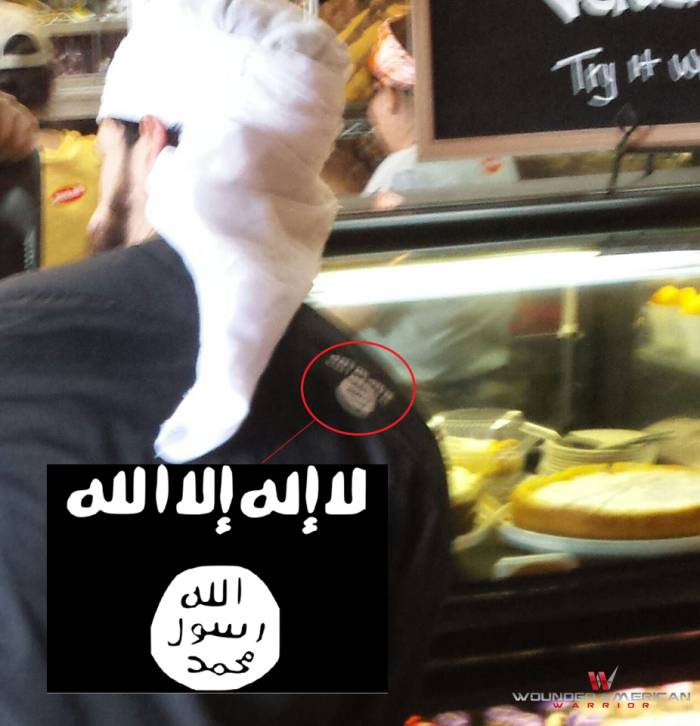 “Eyewitness News has been working to get some real answers or responses about the picture that’s going around, but it’s more difficult than you may think. The picture shows a man supposedly wearing an ISIS logo at a Houston restaurant.

We contacted Houston police, who referred us to the FBI. The FBI told us they know about this story, but they were not aware of any arrests being made and were also unaware of any specific credible threats within the Houston territory.

So for now, a lot about the picture remains unknown, but it’s definitely got a lot of people talking.”

It’s time that we start addressing terrorists in the United States and proposing real solutions. We can’t afford to wait until Americans are the minority in our own country, and it’s too late to stamp out this threat.