It seems that there is no shortage to the atrocities and abuses that ISIS heaps upon their victims. The newest outrage comes from a man who escaped ISIS, and claims that girls are being forced into week-long marriages where they are made to sleep with their “husbands”, before being divorced and passed onto the next man. 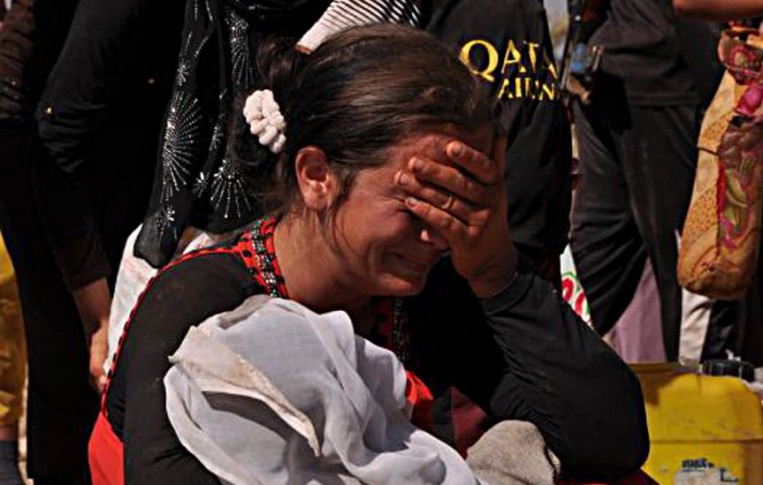 The extraordinary claim from a ex-member of the terror group – responsible for a series of brutal beheadings of Western hostages – comes amid growing concern about the influence of the group on British teenagers.

The informant claims young girls are forced to marry and sleep with older commanders in marriages that last just seven days, before being divorced and partnered with a new spouse.

… A 33-year-old former Islamic State fighter named Hamza has now described the shocking conditions young women might face if they travel to the war-torn region.

“There were some Tunisian Muslim girls who came from Syria,” he told The Independent.

“Those Muslim girls were sleeping with some commanders under a marriage contract for a week only and then they were divorced and married to another one.

“I asked one of them how she had come to be in Syria and she answered that she had travelled first to Turkey and then across the Turkish-Syrian border.”

Hamza said he left the group after he was invited to rape girls the Islamic State had captured from the Yazidi community – a religious minority that has faced persecution by jihadist forces.

He said an invitation to behead a hostage also turned him away from the extremist group.

It’s sickening to see women being passed around like property, to be raped and used and then thrown away for the next man to abuse. This is the reality of Islam, though, and if people weren’t so politically correct, then they might be able to understand that.