A 200-member expeditionary force[1] led by Delta Force landed in Iraq in recent weeks, much to the chagrin of ISIS. They have now captured a ‘significant’ ISIS target and are interrogating him for information. They say he will give intel where they can capture other ISIS leaders and on it goes. This unit was sent in specifically to put added pressure on ISIS. Sounds like they are doing their jobs admirably. US forces will interrogate him for the next several weeks before turning him over to Iraqi or Kurdish authorities. He is the first to be captured by Delta Force, but won’t be the last by any means. 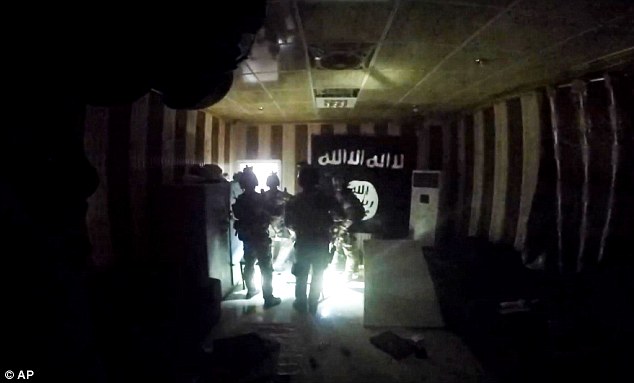 Our heroes are back and they are kicking butt and taking names as per usual.

American Special Forces captured a “significant” Islamic State group[3] operative in northern Iraq as part of their new mission to increase pressure on the terrorist group. While the detainee has not been identified, it is said that he has been in custody for the last two or three weeks at a temporary holding facility the Iraqi city of Erbil.

Delta Force is holding the prisoner[4] and will interrogate them for the next several weeks before turning the prisoner over to Iraqi or Kurdish authorities.

It is believed that the team arrived in the region a number of weeks ago and has been establishing intelligence networks and gathering information on targets ahead of this raid, though it is not known exactly when the operation took place. The detainee is being held in a temporary structure in the northern Iraqi town of Erbil, where the American unit is based and which is currently held by Kurdish Peshmerga forces. Obama officials have ruled out transporting the detainee to an American detention facility, including Guantanamo Bay, as the President seeks to close the jail before his term in office ends. The interrogation could take weeks, even months to complete. The force is the first significant deployment of American troops inside Iraq since combat units pulled out at the end of 2011. I’m glad these heroes are out going after the bad guys. I just hope Obama lets them alone and allows them the room to do what needs to be done. 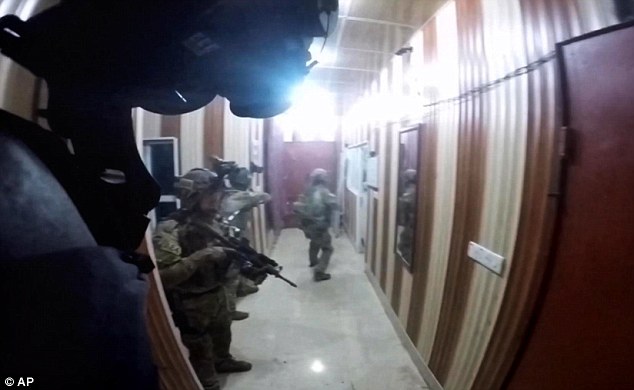 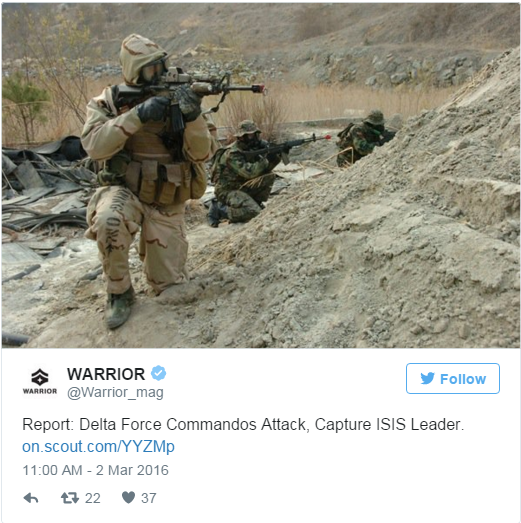