This is a guy with some serious stones.[1] A Peshmerga fighter took an early ’90s armored BMW and rode into the middle of Kirkuk, which was under attack from ISIS. He used the car to rescue dozens of people who were wounded or trapped by the Jihadists. Rahman planned for this and bought the car after the October 21st attack there. Someone had to do it and he was the one. He took his bulletproof steed and rode into the middle of the sniper fray, rescuing people left and right. Talk about a heroic move.

The Peshmerga fighters are Kurds. They are a brave warrior culture. They could make a movie out of this one incident and probably will at some point. It’s rare you see heroism like this. Rarer still that someone survives it. Over the course of the attack, which lasted several days, Rahman used his bulletproof sedan to transport 70 injured people to the hospital, encountering gunfire throughout the mission. 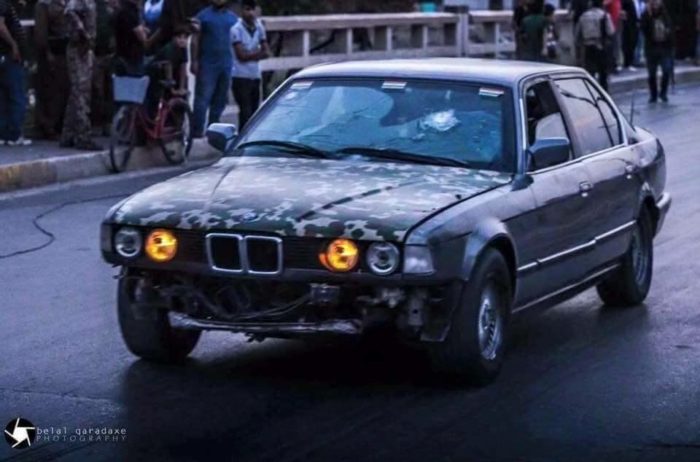 In the ongoing war against ISIS in the Middle East, one Kurdish Peshmerga fighter put his life—and his BMW—on the line to protect a city against a terrorist attack.

Using an early-’90s armored BMW he purchased four months prior to the October 21 attack, a Peshmerga soldier named Ako Rahman rescued dozens of citizens wounded or trapped by snipers in Kirkuk—a city in the Kurdish controlled region of Iraq.

“After we arrived at the scene, we saw many wounded individuals among the security forces and civilians and no one was able to approach them due to the IS snipers. Therefore we decided to help those wounded people since bullets could not penetrate my car,” Rahman told Kurdish news outlet BasNews[3].

We’ve got some Marines helping the Kurds there… wonder if they helped with this raid. “There are marks from 50 to 60 bullets on the body of my car and many of them hit the front and the windshield of the car,” Rahman reported.

The governor there presented the Peshmerga fighter with an award of 500,000 Iraqi dinars ($385) on November 1st. BMW reportedly wanted to honor Rahman a bit more for his bravery and sacrifice. The German auto manufacturer offered him a brand new BMW in exchange for the bullet ridden E32, which it planned on displaying on its corporate campus. He declined the offer and instead it would be given to Sulaymaniyah, a local Kurdish museum. So, he turned down the new car. The ironic thing is that the museum will probably sell it to BMW anyway.

That is one brave warrior. I can’t imagine doing what he did. We could learn a lot from the Kurds. 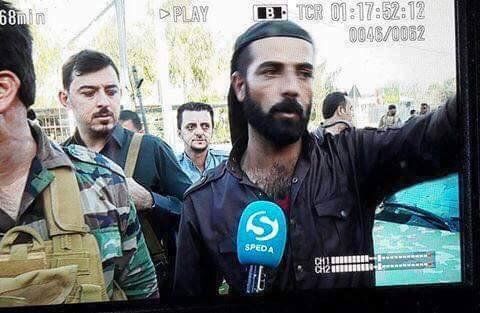