Hundreds of Refugees in Norway Had Cell Phones With Images of Executions, Severed Heads, and Dead Children

We’re continually told that the flood of Syrian refugees poses no threat to Western civilization. Yet somehow, hundreds of those refugees turned up in Norway with some rather troubling images on their cell phones. 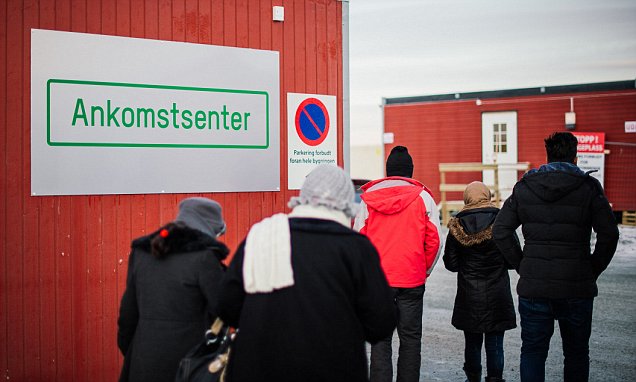 Hundreds of asylum-seekers entering Norway were discovered to have images of ‘executions’ and ‘severed heads’ on their mobile phones.

The revelation comes amid heightened fears that ISIS is exploiting the migrant crisis to smuggle fighters into Europe, following last month’s attacks in Paris.

Police admitted that the ‘explosion’ of refugees crossing into the country over the summer and in recent months meant that security checks were less thorough than required, and weren’t checking the background of those entering the country.

… They also reportedly found photographs of dead children and other victims of war, crimes and terrorism.

Numerous images of ISIS flags and symbols belonging to other terrorist organisations were also found, according to Norwegian newspaper Nettavisen.

But of course, there’s no reason to be alarmed. These refugees are being very carefully vetted, right?