Women and children being forced into sexual slavery, or executed — it’s horrifying beyond measure. But that’s exactly what ISIS is doing, and the women who are brave enough to refuse are murdered in cold blood. 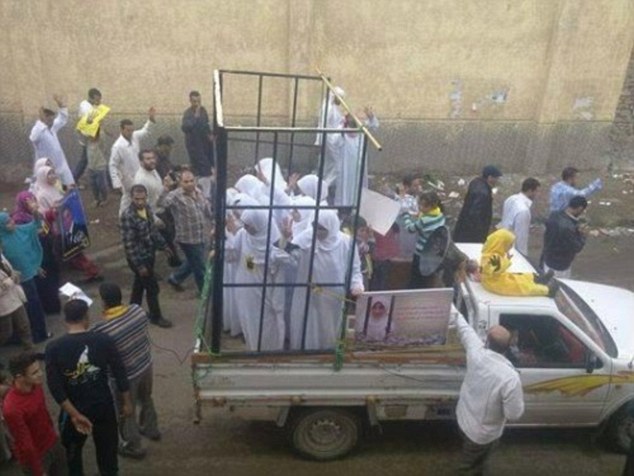 ISIS fanatics have executed 19 women for refusing to have sex with its fighters, a Kurdish official has said.

He claimed the women were being held hostage in Islamic State’s stronghold of Mosul, Iraq, which the terror group seized in June last year.

Meanwhile a UN envoy investigating Islamic State’s vile sex trade has said ‘girls get peddled like barrels of petrol’ and one can be bought by six different men.

She also verified a disturbing ISIS document which suggested the extremists sell the Yazidi and Christian women and children they have abducted, with girls aged just one to nine-years-old fetching the most money.

ISIS stormed the Sinjar district in northern Iraq last year and captured hundreds of women belonging to the Yazidi community, who the Islamists view as heretics.

The sex slaves who somehow escaped Islamic State’s clutches have told of how they were forced to marry fighters who physically and sexually abused them.

It is not known whether the 19 women executed – supposedly just a few days ago – were Yazidis or not.

They were put to death because they refused to ‘participate in the practice of sexual jihad,’ a spokesman for the Kurdish Democratic Party in Mosul told Iraqi News.

Perhaps even more horrifying is the thought that extremely young girls are being forced to satisfy the sick cravings of these despicable men. What will it take for the rest of the world to rise up against these animals and exterminate them once and for all?