The entire world is waiting anxiously to know what ISIS’ next move is going to be. They’ve promised more terrorist attacks, but instead of suicide bombers and guns, they could be using chemical weapons next. 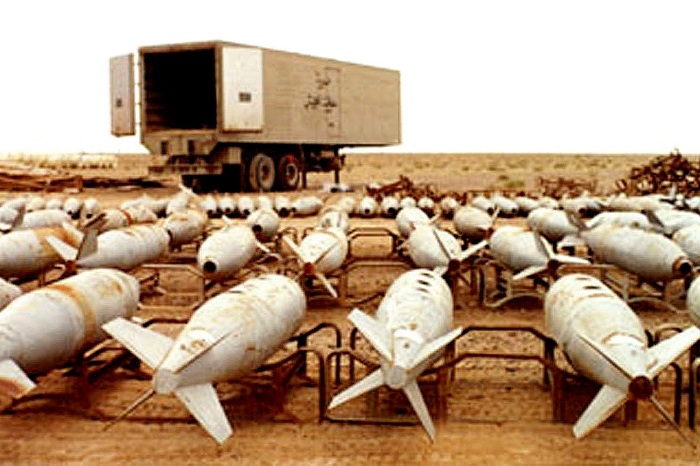 France’s prime minister has warned his country to be prepared for chemical and biological attacks as he told MPs that the ‘macabre imagination’ of ISIS is ‘limitless’.

Manuel Valls made the ominous prediction while calling on French MPs to extend the country’s state of emergency for another three months, amid fears another attack is imminent.

The warning comes as U.S. security officials report that they have found proof that ISIS is developing bio-weapons with the help of Syrian and Iraqi scientists in the Middle East.

Speaking in the French Parliament today, Mr Valls said: ‘Terrorism hit France, not because of what it is doing in Iraq and Syria… but for what it is.’

He added: ‘We must not rule anything out. I say it with all the precautions needed.

‘But we know and bear in mind that there is also a risk of chemical or bacteriological weapons.

… Mr Valls’ warning of the risk of bio-weapons being used against France came as U.S. and Iraqi intelligence officials confirmed that ISIS is aggressively pursuing development of chemical weapons.

The militant terrorist organisation is setting up a branch dedicated to research and experiments with the help of scientists from Iraq, Syria and elsewhere in the region, according to reports.

U.S. intelligence officials do not believe IS has the capability to develop sophisticated weapons like nerve gas that are most suited for a terrorist attack on a civilian target. So far the group has used mustard gas on the battlefield in Iraq and Syria.

But Iraqi officials expressed concern that the large safe haven the extremists control since overrunning parts of Iraq and Syria last year has left Iraqi authorities largely in the dark over the IS program.

‘They now have complete freedom to select locations for their labs and production sites and have a wide range of experts, both civilians and military, to aid them,’ a senior Iraqi intelligence official said.

Chemical weapons in the hands of the evil that is ISIS is a terrifying thought. The question is, is Obama going to take any action at all to prevent it from happening?