In case you haven’t heard[1], one of the men in Minnesota who has been accused of attempting to join ISIS, is now saying that he wanted to open up routes from Syria to the US for ISIS through Mexico and over our porous border. This guy’s name is Gules Ali Omar and he was facilitating the use of this route to help ISIS Jihadists so they could carry out terrorist attacks in the US. We all knew this was coming and now it is only a matter of time until ISIS terrorists start coming over that border to kill Americans. The men charged are Omar, 21; Hamza Naj Ahmed, 21; Mohamed Abdihamid Farah, 22; and Abdirahman Yasin Daud, 22. They have pleaded not guilty to multiple charges, including conspiracy to commit murder outside the US. Prosecutors have said they were part of a group of friends in Minnesota’s Somali community who held secret meetings and plotted to join ISIS. 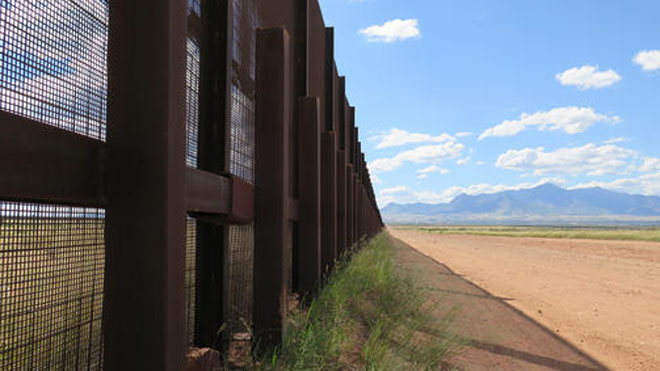 One of the American men accused in Minnesota of trying to join the Islamic State group wanted to open up routes from Syria to the U.S. through Mexico, prosecutors said.

Gules Ali Omar told the ISIS members about the route so that it could be used to send members to America to carry out terrorist attacks, prosecutors alleged in a document filed this week.

The document, filed Wednesday, is one of many filed in recent weeks as prosecutors and defense attorneys argue about which evidence should be allowed at the men’s trial, which starts May 9.

Five other men have pleaded guilty to one count each of conspiracy to support a foreign terrorist organization. A tenth man charged in the case is at-large, believed to be in Syria. Doesn’t that just make you feel warm and fuzzy all over? Prosecutors said audio recordings obtained during the investigation show the defendants spoke multiple times about the possibility of attacks in the US. Among them, Omar spoke of establishing a route for fighters, Farah spoke of killing an FBI agent and another man who pleaded guilty talked about shooting a homemade rocket at an airplane. Prosecutors wrote that they should be allowed to “play for the jury the defendants’ own words, in which they discuss the possibility of returning to attack the United States.” They also said the defendants watched videos and gruesome images, which they also want to play for the jury, and that a blanket ban on mentioning the 2001 attacks is inappropriate, noting that Omar had pictures of the burning World Trade Center towers and Osama bin Laden on his cellphone. Why would they say that mentioning the 2001 attacks is inappropriate? It has EVERYTHING to do with this. We are sitting ducks because of these legalistic games. And we are running out of time.