Liberals like to ridicule Americans who are worried about national security, and Islamic terrorism specifically, but here’s something that they always like to leave out: they’re still trying to kill us. The latest attempt was an ISIS supporter who was going to go on a horrific killing spree on New Year’s Eve. 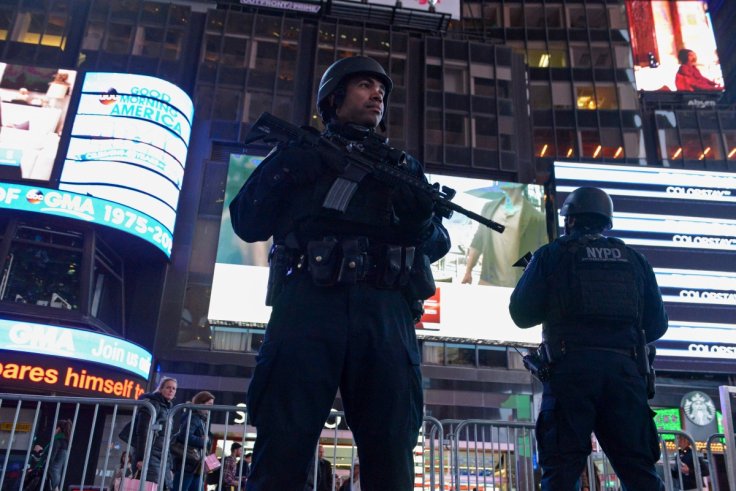 Federal officials in Rochester, New York, have arrested a man who was allegedly plotting a New Year’s Eve machete attack on diners at a local restaurant.

According to NBC News, 25-year-old Emanuel Lutchman is an ex-con Muslim convert and supporter of ISIS. He was charged with attempting to provide material support to the terrorist group, federal prosecutors said.

The criminal complaint alleges that Lutchman was in contact with ISIS in Syria, who urged him to kill non-Muslims on New Year’s Eve. On December 27th, Lutchman sent a confidential informant an audio recording of himself swearing allegiance to ISIS, according to NBC News. NBC says Lutchman allegedly discussed with the informants attacks using pressure cooker bombs, a machete, and knives, the complaint said.

Then on December 28th, he allegedly told an informant he “wanted to sneak a bomb into a club or bar, kidnap a couple of people and kill them,” NBC reports.

“The FBI thwarted Emanuel Lutchman’s intent to kill civilians on New Year’s Eve,” said Special Agent Adam Cohen. “The FBI remains concerned about people overseas who use the Internet to inspire people in the United States to commit acts of violence where they live.”

Now is not the time to be cavalier about terrorist attacks, despite the Obama’s administration utter lack of concern. Thank goodness law enforcement officials stepped up and stopped this attack — and it’s up to us to remain vigilant.