ISIS Thugs Meet Their Fate – Face the Wrath of THIS One VERY Special Soldier!

There’s another thing that we can add to the list of things that ISIS fighters are scared of. In addition to US airstrikes and women, now they can be scared of dogs too. 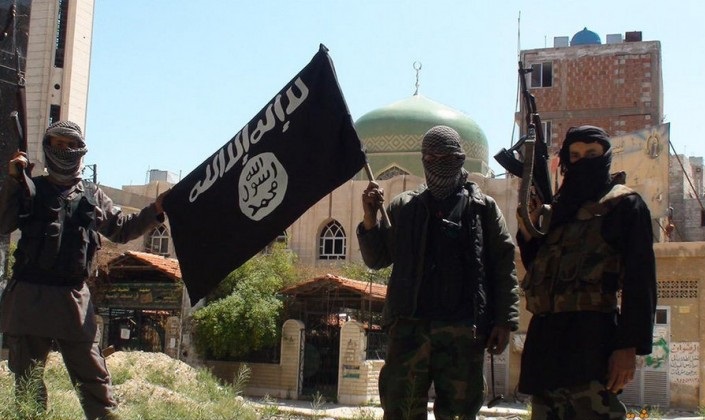 From the Daily Star:

The beast, an Alsatian believed to have been trained by the US Army, attacked two jihadis during a firefight last month.

It escaped the battle unharmed and has been hailed a hero by grateful members of the elite regiment.

The incident came after the SAS team had just finished a ten day training programme for Peshmerga fighters in northern Iraq.

The special forces unit was heading back to base in a convoy of four vehicles when it was ambushed by Islamic State forces.

One of the SAS cars was destroyed by a homemade bomb and the team were forced to abandon their vehicles and take cover.

The special forces were then attacked by around 50 heavily armed jihadis and became embroiled in a desperate battle.

The SAS were pinned down and split between three locations while taking fire from two heavy machine guns mounted on Toyota trucks.

The SAS called for air support but were at risk of being over run, according to defence sources.

As one team of Brits attempted to move to a safer location they were attacked from the rear.

A US soldier, believed to have been with them as part of the training team, then unleashed the snarling Alsatian which charged at the attackers.

The militants tried to shoot the dog but missed. It then jumped at one of the terrorists, biting his neck and face.

The dog then turned on another jihadi, savaging his arms and legs. Both men turned and fled screaming.

Our source said: “Military dogs sometimes accompany the SAS on operations. They are often used in strike operations and may well enter a building before any troops.

“The Alsatian was with the team in a training role but when the troops came under fire it was desperate to get involved.

“It could sense the tension and had an overpowering urge to protect it’s handler and the other troops.

“When the dog was unleashed it went after the greatest threat without consideration for its own safety – this is what they are trained to do.

“A snarling Alsatian running at you is very frightening and probably not something the jihadis had encountered. The dog did its job and returned to its handler with its tail wagging.”

After the fighters were annihilated by the dog, some American jets flew overhead, probably making the fighters crap their pants a little. And thanks to this attack dog, countless troops were saved.