These peace-loving Muslims are just so tolerant, forcing people to convert to Islam at the tip of a sword. And now they’re parading one of those people in a brand new video where a Christian is made to say how much he loves being a Muslim. 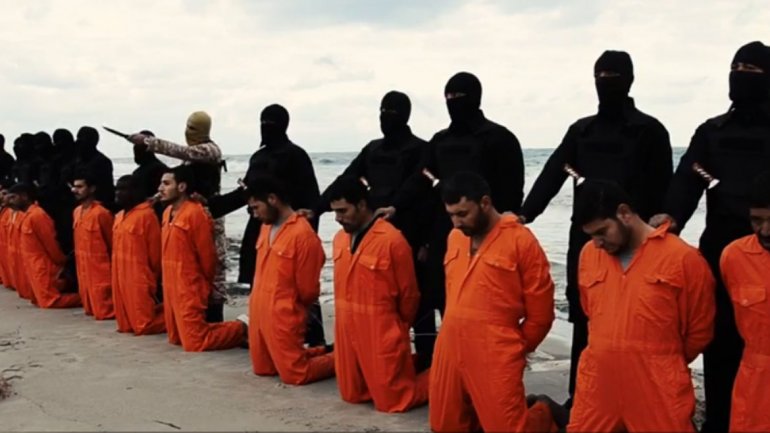 The first video was produced by Wilayat al-Baraka, the terrorists’ affiliate in the Syrian province of Hasakah. In unsubtitled Arabic, a militant fighter introduces a man who he says was a “cross worshiper” named Sargon — a traditional Assyrian name — but was renamed Abu Umar after accepting Islam. He allegedly “was convinced and chose this path” after being imprisoned by the jihadis and observing his captors praying.

The video also includes footage of its subject praying alongside militants and sharing a meal with them. He claims that “my Islam is voluntary, not forced,” but does not speak about Christian theology. This may indicate that the individual in question is simply playing the role of a captured Christian.

And of course, if ISIS says he wasn’t forced, then we should just believe them! After all, it’s not like it’s possible for someone to be pointing a gun at him off camera or anything, right?