July 2015: ISIS will ‘Bring Slaughter to France, Fill the Streets of Paris with Dead Bodies’

Threats made this past July had ISIS claim they would murder people in France[1]. They weren’t kidding. You’re not surprised, are you? 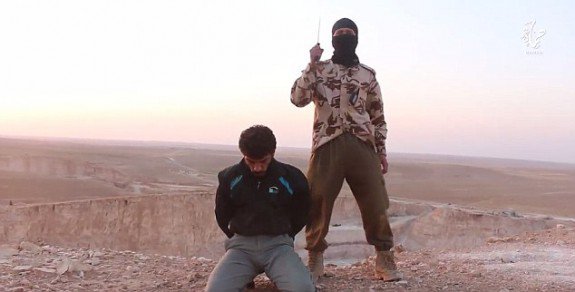 [2]The multi-pronged terror attacks in Paris on Friday night that have reportedly killed over 160 Parisians in as many as seven separate bombings and shootings appear to be the fulfillment of a threat by ISIS issued in July to, ‘bring slaughter to France’ and “fill the streets of Paris with dead bodies’.

The threat to Paris was made in a video that featured a masked French ISIS terrorist making a speech before he executed a Syrian soldier. The video apparently received little attention in the media at the time.

Anyone who took the threat with a grain of salt must be licking their wounds right now. If a terrorist organization says they’ll do something, then keep the extra eye open.

I just don’t understand what ISIS gains by committing senseless acts of terrorism. There is nothing to gain. The terrorists don’t become famous. The opinions around the world don’t change. Five days later, nothing will be different. So I have to ask terrorists this question – what’s the point? What do you gain from hurting people with whom you don’t know? Who are you mad at? Are you mad at political figures? If so, then go hurt them or talk it over with the person you’re mad? When terrorists commit these acts of murder, they usually die too, so in my eyes – that’s not worth it. Why die for a change when you can live to see the change? Why kill yourself in the process of killing innocent people who have nothing to do with the agenda you’re fighting for? If a terrorist is mad at a political figure, then take it out on them. At the end of the day, I don’t think too many people will care. If you don’t like them, then chances are we don’t either.

I hope a terrorist reads this and thinks….maybe they’re right…we’re doing this and nothing is changing. Why don’t we change instead?

At the end of the day, we’re all human. There has to be a better way to solve problems.