In a tweet from a Kurdish news station, we are told that a Kurdish female fighter has killed a top commander in ISIS. If this is true, I know someone who isn’t getting his virgins. [1] 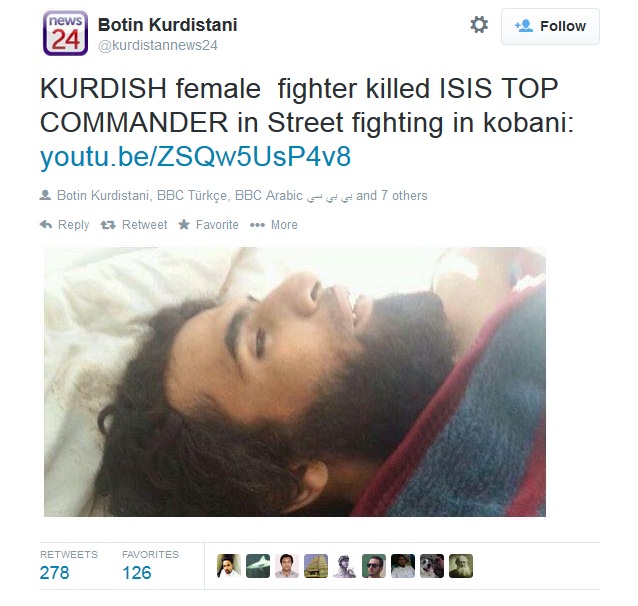 We need more middle eastern women who are willing to fight ISIS, and take away any chance these animals have with their imaginary virgins. There is no reasoning with people who think their entire purpose in life is to die to further their religion’s influence, and thus, they must be eradicated.