A mother and daughter are now on trial, having been accused of forming the first all-female[1] Islamist kill squad to carry out a Westminster knife rampage.

Mina Dich, 43, and her daughter Rizlaine Boular, 21, had allegedly planned ‘to murder a person or persons unknown’, according to the court documents. The two women, along with a third, Khawla Barghouthi, 20, are each facing charges of one count of engaging in the preparation of a terrorist act and one count of conspiracy to murder between 11 and 28 April. 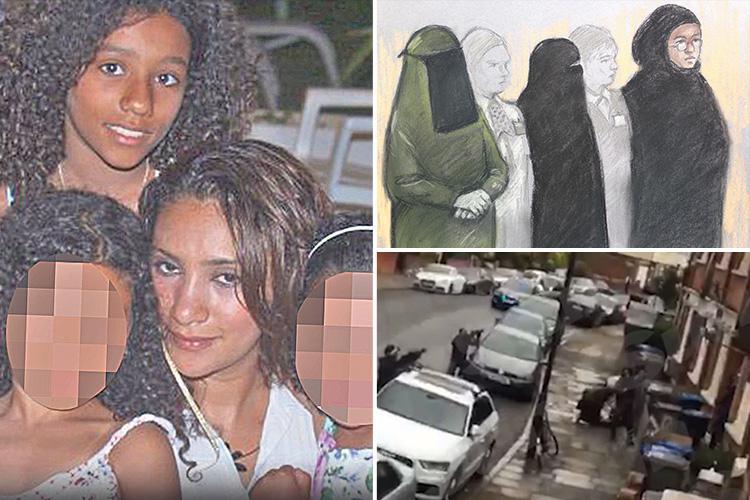 Boular, gratefully was shot by armed police and wounded as the would-be terrorists where swept up in a police raid that occurred throughout several locations on 27 April. Officers arrested the young girl and Barghouthi after firing CS gas into a house in Willesden, north west London, with Dich being apprehended a short time later in Kent.

As it stands now, all three women have appeared at the Old Bailey, which is the central criminal court of both England and Wales. Boular had to be treated for her injuries, but was soon found in court with her terrorist scumbag partners. She along with Dich were wearing traditional Muslim face veils covering their entire faces, which meant that they had to raise their hands to identify themselves.

Barghouthi ended up wearing a hijab that did not cover her face. Mr Justice Holroyde set a plea and trial preparation hearing for the coming month of October and it’s looking really bad for the attempted assassins. So, why is it that citizens of the U.K. have had their gun rights revoked, their ability to say whatever they want without going to jail is non-existent and they don’t even have the right to try and save a little baby from a socialist hospital that would rather keep it prisoner until it dies, than have the legal parents and guardians make the decisions – but these attempted mass killers can totally cover up their bodies and faces in a British court of law?

No wonder we left such a backwards crap nation behind.