Liberals, led by Dear Leader himself Barack Obama, insist over and over again that terrorist groups like ISIS are not representative of Islam. But there’s a little problem with that theory: a new study has found that over 42 million Muslims support ISIS. 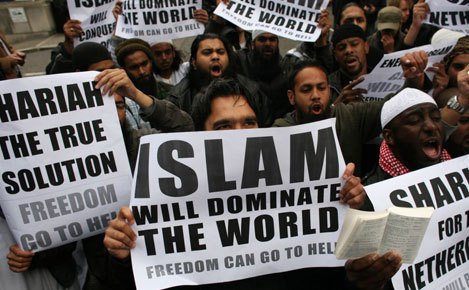 The study, based on four recent polls, reveals the shocking level of support for the caliphate around the world.

Ryan Mauro of the Clarion Project, which carried out the research, warned that “ISIS is only a fraction of what it could potentially become”.

He said: “If we don’t act quickly, this is still going to grow – and what we’re looking at today is going to look like the good old days compared to the future.”

More than 8.5million people view ISIS positively, and around 42 million view them somewhat positively, according to the data.

This shouldn’t come as a surprise to anyone, as Islam is itself an inherently violent and hate-filled “religion”. Of course its practitioners would happily support a group that really is doing nothing more than what their religion tells them to do.