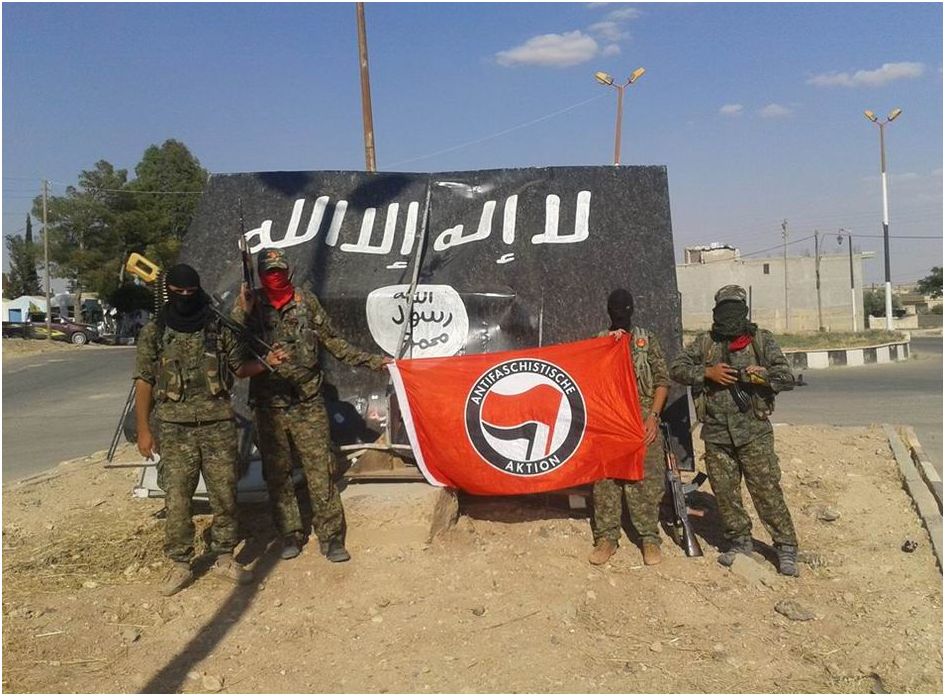 I’m shocked, I tell you.

Atheists with Antifa are aligned with the Sharia law-loving ISIS militants. I swear, Godlessness is the source in every attack on western civilization.

The former Editor in Chief at the New York Times Magazine has just released a new book and it includes an FBI investigation that proves that there has been coordination between far left campus activists in America and overseas Islamic terrorists including ISIS and Al Qaeda.

In this new book, Edward Klein’s All Out War: The Plot to Destroy Trump, he quotes from an FBI field report dated July 11th, 2017:

“There is clearly overwhelming evidence that there are growing ties between U.S. radicals and the Islamic State, as well as several [ISIS] offshoots and splinter groups.”

It was only recently that the FBI began to investigate Antifa and other groups of anarchists, but it was Oakland in the Bay Area that really got their attention.

“There is evidence from informants that he is helping the Oakland group acquire the weapons they are seeking, primarily bomb making equipment and toxic chemicals and gasses.”

The report also talks about a man from Oakland who traveled to Syria to meet with members of ISIS with the purpose of tactical training, but may have been also a social, bonding visit to “discuss possible massive disruptive attacks in the U.S.” The man also traveled to Hamburg, Germany where he and others were photographed “throwing Molotov cocktails and wielding iron bars,” which the FBI calls their “weapons of choice.” They were identified despite wearing masks, so the FBI probably has some pretty neat new technology to take some very precise photographs up their sleeves. In the end, the FBI said that both groups must be “disrupted and destroyed.”

Since the 1960s, left wing groups (atheists and socialists, all of ’em) have enjoyed using violence to not just get their point across, but to get what they want, which is Godless communism.

In August, Ted Cruz demanded that the Department of Justice investigate local terrorist groups[2]. The fact that the FBI had been casting a much wider net must’ve been largely unknown to Congress at the time.