An alarming number of western teenagers have, for inexplicable reasons, chosen to move to the Middle East and join ISIS. But it often doesn’t take long for them to realize that doing so was a very, very bad idea. One of them is German teenager Linda Wenzel[1], who is now facing the death penalty after being caught by Iraqi soldiers. 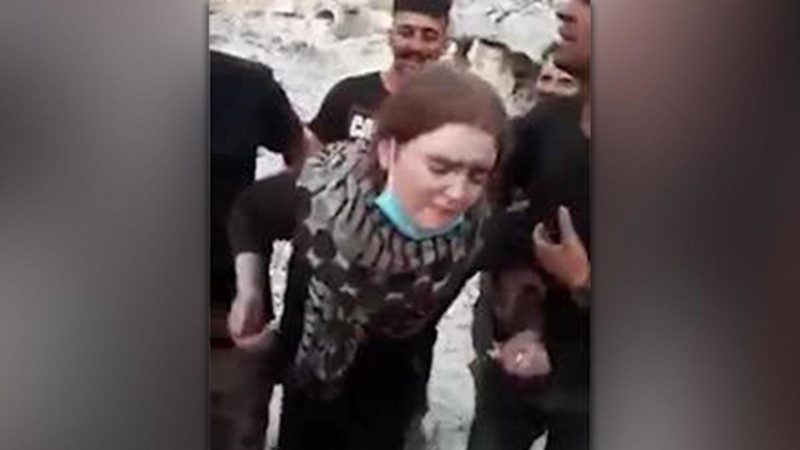 Wenzel was captured hiding in the ruins of Mosul. The 16 year-old was caught injured, screaming and carrying a baby by Iraqi soldiers, who celebrated as they dragged her away to a prison. She is reportedly being detained for questioning for her potential participation in terror attacks as a member of ISIS and could potentially face execution.

Originally from Pulsnitz in eastern Germany, Wenzel ran away at 15 after converting to Islam and being groomed online by an ISIS predator. She flew to Istanbul in Turkey, where she was then smuggled into Iraq and married off to a Chechen fighter. Her husband has since been killed. Wenzel is supposedly now being called the “Belle of Mosul.”

In the video, Iraqi soldiers can be heard shouting, “Make room, make room, she is a Christian, she can’t take it any more, she is hurting, she is weak, she is a blonde, she is a German. Her name is Dania, no Linda. Allah, Allah. Make way guys, let her through.” Wenzel will turn 17 at the end of August.

Germany has begun negotiating for her safe return, but if they are successful, it doesn’t mean she will escape responsibility for her actions. She will still face charges there, of belonging to and supporting a terrorist organization. If it is discovered that she directly participated in any terror-related activities, she could rack up even more charges, and face a very lengthy prison term. So far, a German magazine is alleging that Wenzel and four other German women worked as “morals police,” forcing women to adhere to ISIS’ strict dress codes according to Sharia law. Women who were found to be out of order would face brutal punishments, including whippings.