ISIS is at it again and this time they’re attacked a crowded market street in Barcelona, Spain.

Using a van traveling 50 MPH, the terrorist(s) plowed into a large crowd consisting of both natives and tourists who were gathering for an evening of fun. 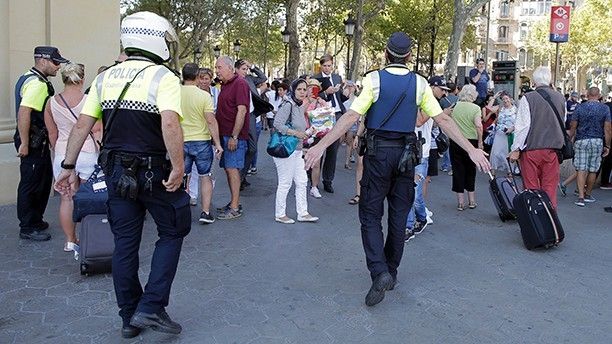 At least 13 are dead and more than 100 are injured after the driver of the car mowed down innocent pedestrians and those totals are continuing to rise. I suspect we will not be able to settle on the final count for the next few days.

ISIS has claimed responsibility for the attack.

Two suspects are in custody today and another is dead after a shootout with police in a town just 7 miles away from Barcelona.

Police initially declared Driss Oukabir, a Moroccan, as a suspect in the attack, but after an interview with the local news channel, it was determined that he was innocent, as he claimed his little brother stole his papers, likely with the intent to frame him for the attack.

Senior police officials in the area were quick to declare the attack an act of terrorism, claiming the attackers were trying “to kill as many people as possible.”

Police said that a bomb squad is checking out the area where the driver of a car who struck two police officers is located.

Local media originally reported two men involved in the attack had been holed up in a bar, but that was dispelled by Catalan police.

A Catalan official said that three days of mourning have been declared in the city following the attack.

They are certainly taking this more seriously than any other country in Europe which has been affected by a similar style of attack. I hope they find all of the people responsible for this attack and bring them to justice, if for no other reason than for the dead and injured.