Palm Sunday services were in session when horrible explosions rocked Christian churches leaving 31 dead and dozens injured. ISIS has claimed responsibility for the deadly church attacks on their day of service. This is a barbaric attack that resembles something you would see during the years of the Crusades. Except, it’s 2017 and we’re supposed to be beyond that point in history.

These attacks happened in Egypt where Christians are a minority. The explosions were at different churches[1] and it is known that the second attack was a suicide bomber. 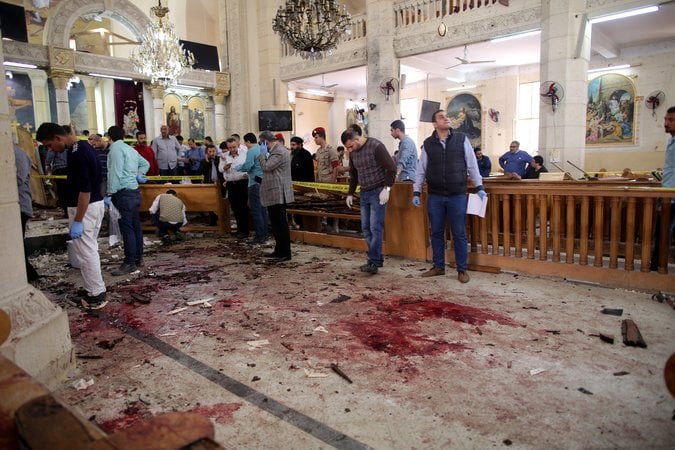 The first blast ripped through St. George’s Church[2] in northern Egypt in the Nile Delta city of Tanta, 50 miles north of Cairo, during a Mass about 9:30 a.m., according to an official from the Health Ministry.

The deputy minister of health put the preliminary death toll at 25.

Hours later, a suicide bomber set off an explosion outside the main Coptic church in Alexandria, St. Mark’s Cathedral, killing at least six — including three police officers — and injuring 21 others, the Health Ministry said.

These horrible attacks on Christians at church comes weeks before Pope Francis was to visit Egypt. It is not known if Pope Francis will stay on schedule or change his course of action due to the bombings.

These attacks are one of many against Christians in Egypt where ISIS has no regard for them or their religion. Now people are left to wonder who will step in and fight ISIS with the Christians in Egypt. Is there anyway for a minority of the population to successfully battle a group like ISIS? Or will ISIS destroy all Christians in Egypt?