As the subhuman Islamic terrorist group ISIS released a video called “A MESSAGE SIGNED WITH BLOOD TO THE NATION OF THE CROSS” showing the beheading of 21 Egyptian Christians, and Obama’s reaction was to go golfing with a billionaire, Reverend Franklin Graham delivered a message regarding the difference between Islam and Christianity – and you won’t believe what he has to say: 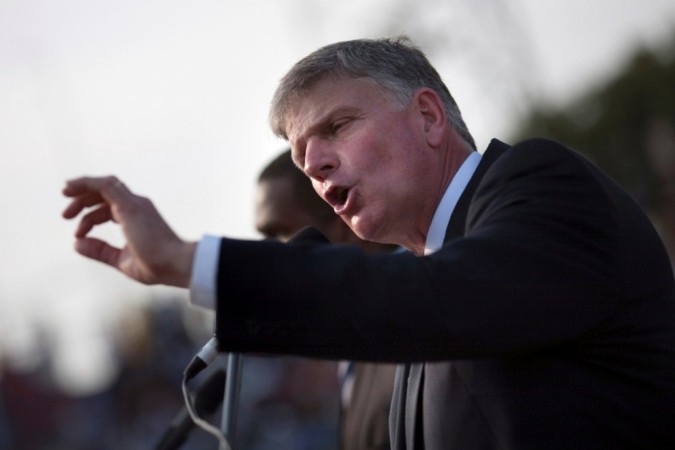 Rev. Graham’s message is necessary since Obama, per his recent words at the National Prayer Breakfast, seems to be stuck in the past 800-1000 years during the Crusades, attempting to use an “all religions do it” approach in comparing Christians to ISIS Islamic terrorists.

Rev. Graham, the son of legendary evangelist Billy Graham, asks “Can you imagine the outcry if 21 Muslims had been beheaded by Christians?” and warns that “The storm is coming.” 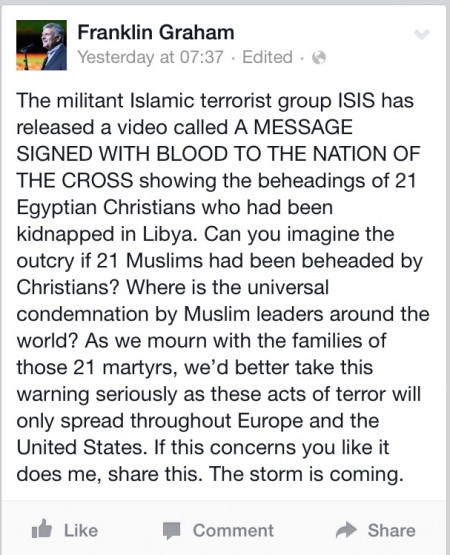 Indeed, the storm is coming. Many have died needlessly at the hands of ISIS. This senseless killing of Christians by ISIS has to stop. The only way to stop the madness is by refusing tolerance of such things. Sorry, Obama, this is Radical Islamic Terrorism, and it has to end.