Shocking news broke Thursday: the United States unexpectedly dropped a bomb on Afghanistan, targeting ISIS. But it wasn’t just any bomb. This was a MOAB, or the Mother Of All Bombs, the most powerful non-nuclear bomb in the United States military arsenal. Naturally, this caused liberals to lose their minds[1]. 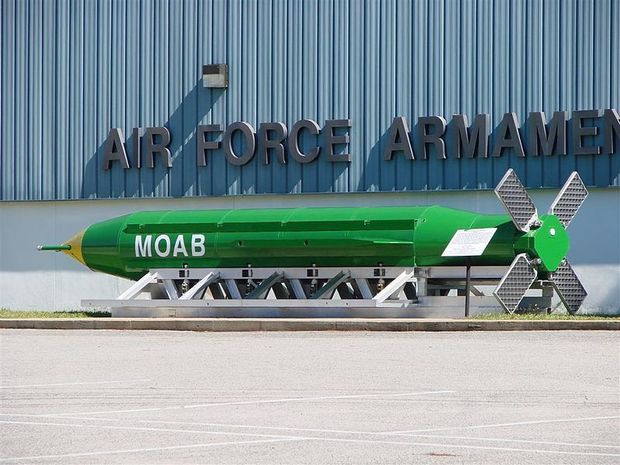 The bombing so far seems to be a success, targeting a system of tunnels in Afghanistan created by Al Qaeda, which ISIS has since taken over. ISIS had been using them to attack government forces. Both United States and Afghanistan officials say that no civilians were injured, while dozens of ISIS militants were killed. It would appear that there isn’t much to complain about.

Liberals, however, can complain about anything.

First, they began claiming that the bomb was just meant to be a distraction from the Russian “scandal”:

Did Trump Drop The Mother Of All Bombs To Distract From Russia Scandal Bombshell? via @politicususa[3] https://t.co/HmhBSM21Hj[4] #p2[5] #ctl[6]

Then, some began whining about the cost of dropping the bomb:

We spend $314 million on one bomb in Afghanistan & $86 million on 59 missiles in Syria, but can't afford clean water, meals, or healthcare. pic.twitter.com/fDS3EecO8w[8]

The United States doesn’t have clean water, food or healthcare? That’s a new one. Here in reality, most people understand that Americans have access to all of those things already. There could certainly be valid arguments made about defense spending, but saying it’s because we “can’t afford” clean water or food isn’t one of them.

But maybe the stupidest complaint is the one where a liberal somehow linked the bomb to “the patriarchy.” No, really:

It's grotesque to call a killing device, the “Mother of All Bombs.” The #MOAB[10] is the epitome of lethal patriarchy.

He’s not worried about how ISIS abducts women and children and forces them to be sex slaves; he doesn’t care that women in Afghanistan can be brutally murdered for trying to get an education. No, the real feminist issue is that MOAB is called the “mother” of all bombs! Yes, this is what truly plagues today’s women.

Is this the best you’ve got, liberals?