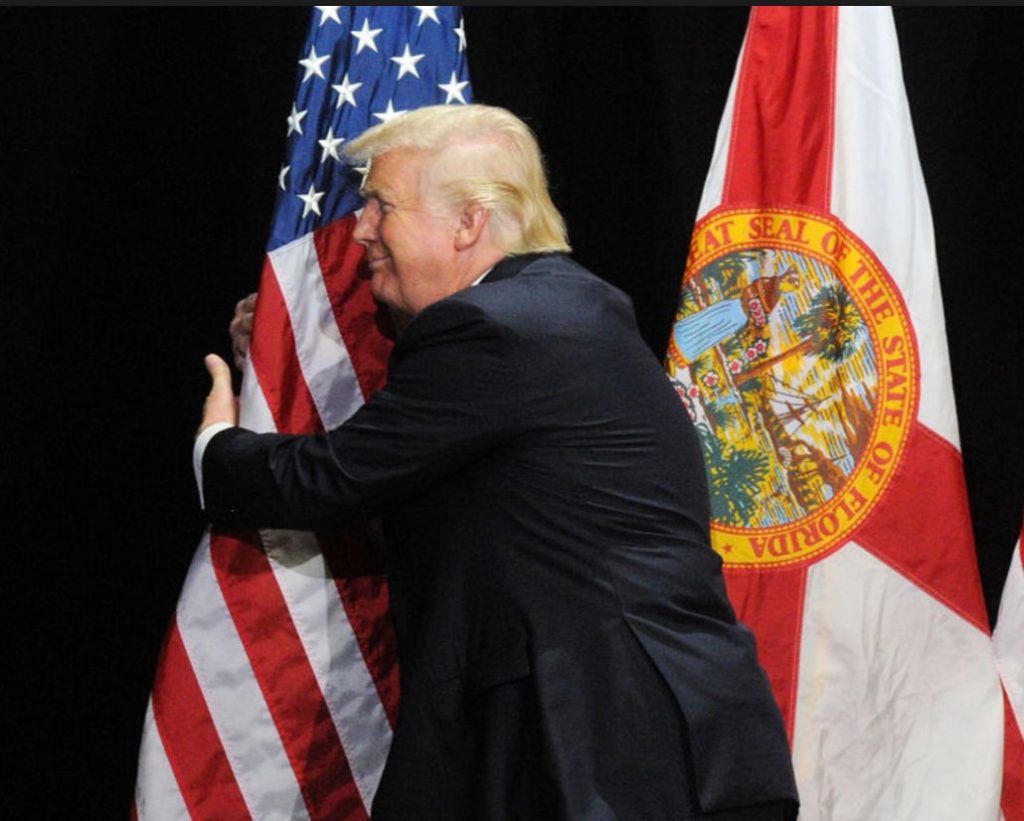 In the wake of the terrorist attack that took place in lower Manhattan on Halloween, Donald Trump has taken to Twitter to let us all know how he really feels about domestic terrorism by Muslims:

…There is also something appropriate about keeping him in the home of the horrible crime he committed. Should move fast. DEATH PENALTY!

This isn’t the first time Trump has taken to Twitter to talk about mass murderers and terrorists and his desire for the death penalty for them. It reminds me of a tweet from years ago.

NO MERCY TO TERRORISTS you dumb bastards!

And here’s one from 2012, talking about the event in Colorado where people were murdered in a movie theater.

At least 12 dead and 50 wounded in Colorado–bring back fast trials & death penalty for mass murderers & terrorists.

To be reasonable, most places that have banned the death penalty still keep it on the books as a way to deal with treason. People who commit massive crimes against their country and their country’s beliefs or their leader are elevated from regular b****ards up to treasonous b****ards.

Right now, the terrorist who killed eight people in Manhattan is out of surgery (one of the NYPD shot him in the stomach or right above the hip, exact details are a little off) and now Trump wants him sent to Gitmo, which was supposed to be closed down a long time ago. Remember when Obama won, his first act as President was to sign an Executive Order to close it down? Fat lot of good that did, right? But, it’s nice to know that it’s still open as a place to cram terrorists.

Trump has also been criticizing the Diversity Lottery Visa program that allowed Sayfullo Saipov to enter the country, vowing to shut it down. He said to reporters that a “diversity lottery” “sounds nice” but that it’s “not nice.”

The Diversity Lottery Visa program was cooked up by Chuck Schumer and allows visas for 50,000 immigrants from countries that are underrepresented in America. I know people who have gone through the extremely long process of legally immigrating to America and the sheer cost and time spent by the individuals from countries with similar cultures to America is absolutely insane compared to the diversity visas handed out to people from very, very foreign places.

But, I must say, I do like Trump’s ideas on how Gitmo should be run. Waterboarding for everybody!

So we can spy on our ally’s leaders but can’t water board terrorists?

Trump’s response is refreshing compared to the New York Times, which has blamed the attack on a “lone wolf.[7]” Funny how many Lone Wolves there are and how often they’re found to have ties with ISIS. Funny, don’t you think?