The Obama administration has been disturbingly cavalier about the War on Terror, and yet, news flash: they still want to kill us. Case in point: a pair of women trying to build a bomb for ISIS that they planned on detonating in New York City. 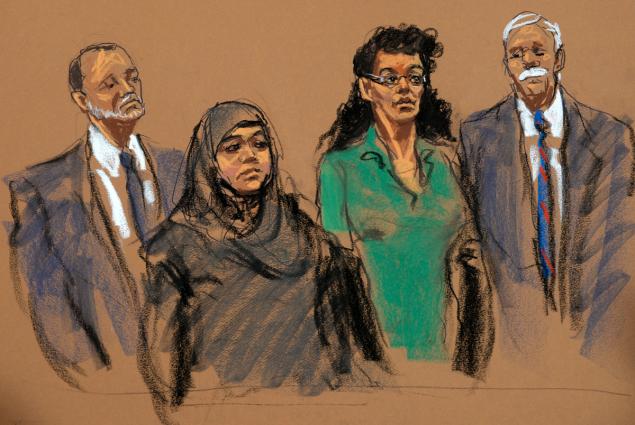 Federal authorities have arrested two women who were allegedly planning to detonate a bomb somewhere in the United States after being radicalized at least in part by ISIS, sources familiar with the arrests told ABC News.

The public was never in danger, as it was all part of a lengthy undercover FBI operation. And court documents suggest any plotting was more aspirational than operational.

However, court documents cite direct connections to known or suspected terrorists inside the United States and overseas.

Both were arrested earlier today without incident in Queens, N.Y., where they had been roommates until recently.

In meetings with an undercover FBI agent in recent months, Velentzas and Siddiqui allegedly discussed efforts to learn the “science” involved in building explosives, often analyzing previous bomb plots inside the U.S. — failed ones and successful ones, like the Oklahoma City bombing. In addition, they downloaded “The Anarchist Cookbook” and watched videos about building bombs, court documents allege.

Also in meetings with the undercover FBI agent, Velentzas expressed anger over U.S. airstrikes targeting ISIS in Syria and Iraq, and she suggested she and Siddiqui be referred to as “citizens of the Islamic State,” according to charging documents. She also allegedly watched ISIS propaganda videos with the undercover agent.

Two weeks ago, after news broke about Pugh’s arrest, she said she didn’t understand why people wanted to join ISIS overseas when there are ways of “pleasing Allah” here in the United States, court documents say.

This tactic of sticking our heads in the sand, while handing over nuclear weapons to psychopaths in Iran, is ludicrous. At this point, it’s no longer an issue of if another 9/11 will happen, but one of when.