It’s always good news to find out that another terrorist thug has left this earth. And if you agree, then you’ll love the news that a U.S. airstrike has just taken out another ISIS commander. 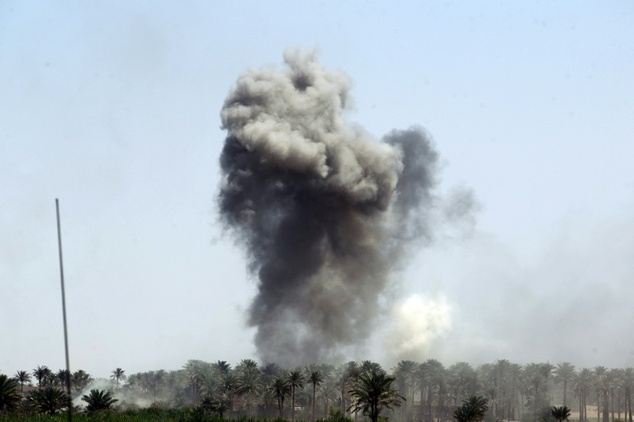 A U.S. airstrike killed the Islamic State’s commander in Fallujah, where the Iraqi army recently launched a major push to clear out the terror group, a Pentagon spokesman announced Friday.

The strike killed Maher al-Bilawi on Wednesday, Col. Steve Warren said from Iraq. “This was a result of intelligence that we gathered on the headquarters and his location. And we had the opportunity to take the strike and we took it.”

Warren said he had few details on the commander’s background, but added, “This cat wasn’t part of the high-value individual list. This is some intelligence we developed locally. We worked it very rapidly. And we took an effective strike and scored one for the good guys.”

“Our troops are now in the process of surrounding the city from all (sides),” said Lt. General Abdul-Wahab al-Saadi, the head of the counterterrorism forces’ Fallujah operation. “By doing so, we will besiege the city of Fallujah in full. And then we will start storming city from several directions with new forces.”

It’s sad that it was even able to come to this, that ISIS could take back Iraq after we fought so hard to drive out Al-Qaeda. Hopefully, whoever the next president is will keep this in mind.