A Yazidi mother has relived the harrowing moment her nine-year-old daughter clung to her father’s headless corpse after he had been executed by an ISIS sniper. This is what ISIS is doing to families, folks. They do not care who or how they hurt people[1]: 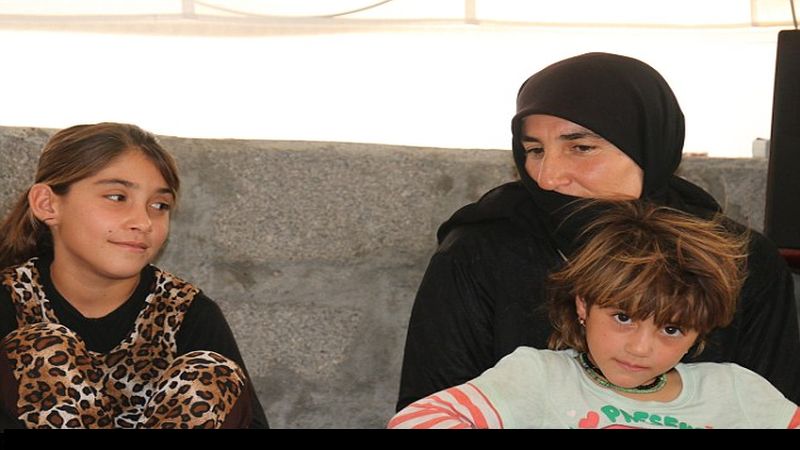 ‘When ISIS was killing everyone, I went to see my husband. He was just covered in blood and I saw that his head was separated from his body,’ said Hayar, 33, from her tent in Khanke refugee camp, Northern Iraq.

‘His head was destroyed. My daughter, Shilan, who is nine, fell down on her father’s body and I could not pull her off.

‘She was shocked, she could not breathe properly for two hours. The killing, she [still] remembers,’ the mother said as her child wiped another tear from her eyes.

Shilan, sat patiently beside her grieving mother and broke down as she recounted what happened.
The senseless and barbaric murder of her father, Qassem, happened after the family were captured together with more than 50 other Yazidis in the ISIS attacks on the Tel-Azer complex, south of Sinjar Mountain on August 3 last year.

‘We drove to this field where there were many other families. ISIS arrested everybody there. They separated out the women and children and the men were put into another room,’ his widow Hayar recounted.

She also revealed how that was the last time she saw her 16-year-old daughter, who was one of 24 ‘beautiful’ girls that day, taken away to become jihadi sex slaves.

‘It has been a year and almost two months, and I have heard nothing about my daughter.’ she said.

Brutal murders, sexual violence, rape and gender inequality have become the unbearable reality of Yazidi life at the hands of ISIS in northern Iraq and it is indelibly imprinting horror in the young minds of a generation of children in Syria and Iraq.

If you think for a moment that America isn’t at risk if we allow these kinds of terrorists in, you are sadly mistaken. I am not going to be on the news talking about my children’s father being executed. What a sad mess.