100 possible terrorists just broke through a border to invade another country. [VIDEO]

More than 100 Islamic refugees[1] broke through a border between Italy and France on Friday. You could see them picking their way across rocks outside of Nice. Police in riot gear were escorting them, but didn’t seem to be stopping them. They were all men and some went into the sea while crossing the border. These are Jihadists and probably had terrorists among them. They took the police by total surprise when they crossed that border. I’m not sure why… it’s not like they haven’t been threatening to come across that border for some time now. Now, it’s a done deal. 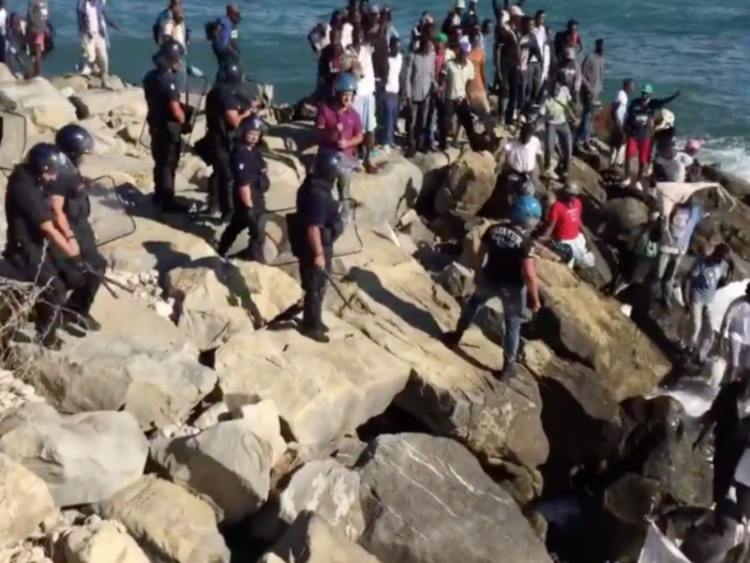 More than 100 migrants broke through police barriers at the Italian border town of Ventimiglia and made their way into France on Friday, the local Italian police chief said.

They stopped on rocks near the port at the French Riviera town of Menton after breaking through in the afternoon and were still there in the evening under the surveillance of French police, said Ventimiglia police commander Giorgio Marenco.

“Both the Italian and French forces at the border were taken by surprise,” Marenco told Reuters. The French Interior Ministry and representatives of the Alpes-Maritimes region around Menton were not available for comment.

They are not sure how the refugees got past police cordons. Call me silly, but it looks like the police just let them walk on by. These men had one goal: to get to France. Per Breitbart, many of the migrants who arrive by boat in Italy every day aim for northern Europe. Ventimiglia’s craggy seashore became the site of a temporary migrant camp last year, which was later cleared away by police. Most of the more than 94,000 people who have arrived in Italy by boat this year traveled from sub-Saharan Africa to Libya and then were smuggled by boats into the country. This is an invasion of Europe and people are standing around like sheep just letting it happen. This is how countries fall.