2020 to Have First Muslim Candidate for President 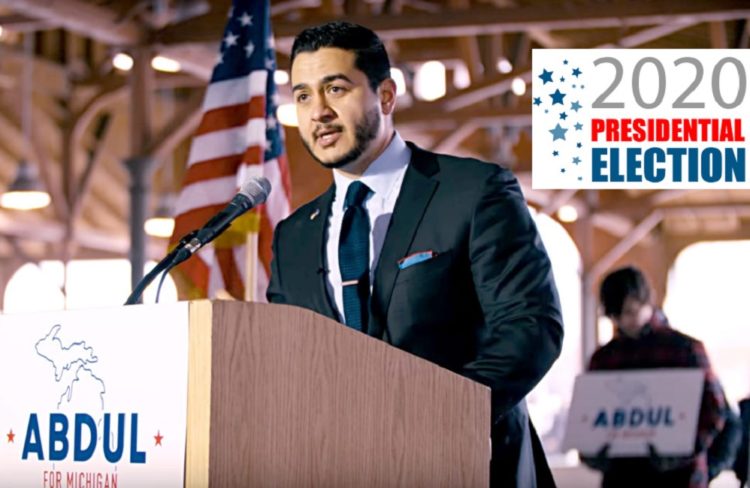 The election of Barack Obama proved that you don’t need to have a fantastic resume in order to win the virtue-signalling Democratic vote, even against the likes of the Clinton machine.

And now it looks the left are trying a similar formula, but instead of Obama’s fake Christian veneer, they have Dr. Abdularaham El-Sayed, an epidemiologist and a practicing Muslim.

As described on Allen B. West’s site:

…at just 32 years of age Abdul El-Sayed has announced his candidacy for the governorship of Michigan[2] and in so doing has become the youngest person ever to seek that office. He’s not just filed papers he’s gotten busy. El-Sayed already has a website, Abdul for Michigan, and is reported on by several Michigan news sources as hitting it hard. Canvassing neighborhoods, working public parks, shaking hands, kissing babies.

Dr. El-Sayed has degrees from the University of Michigan, Oxford and Columbia, and is the youngest person to try for the office of Governor in his home state.

The geniuses at Al-Jazeera are already interviewing him, pointing out that he’s running at a time when “hate crimes have been at an all-time high in the country, seen by many as[3] being inspired by Donald Trump’s presidency.” He tells them:

It is pretty clear that people all over the state are starting to have buyer’s remorse after they have watched what he has done in the White House, including the scandals that have followed him, the decisions that are at odds with deeply held American values, and the distractions from real issues.

Yes, it’s Trump who is at odds with American values, the Trump that Americans (except the coastal states) elected.

One last thing to keep on eye on with this guy:

Sources claim El-Sayed has been handpicked and funded by George Soros to be the left’s next champion of the “hope and change” agenda. The idea being that Obama, who never presented himself as openly Muslim at least cracked open the door by being highly sympathetic to the faith, paved the way for someone who is an openly professing and practicing Muslim to run for the highest office in the land.