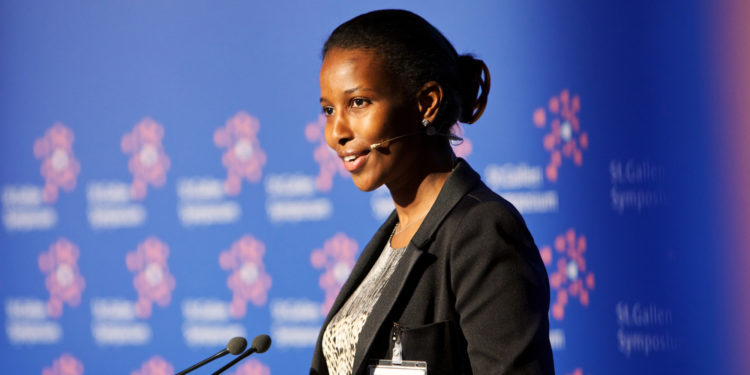 Ayaan Hirsi Ali, a famous ex-Muslim who advocates against Islam and Sharia law, just appeared at a Senate panel hearing to warn against political Islam, as an expert representing the Hoover Institution think tank.

During the hearing on Islamic ideology and terror, hosted by the Senate Homeland Security and Government Affairs Committee, Ali submitted this written testimony[2]:

“My central argument is that political Islam implies a constitutional order fundamentally incompatible with the US Constitution and with the ‘constitution of liberty’ that is the foundation of the American way of life.”

She followed this up with:

“Let it be said explicitly: the Islamists’ program is fundamentally incompatible with the US Constitution, religious tolerance, the equality of men and women, the tolerance of different sexual orientations, the ban on cruel and unusual punishment and other fundamental human rights.”

On the other side of the coin, Michael Leiter, a former director at the U.S. National Counterterrorism Center, argued that Sharia is indeed compatible with American values, where he testified that:

“Muslim’s honoring of Sharia is not inherently in tangent with living in constitutional democracies anymore than it would be for Christians or Jews who also seek to honor their religious traditions while still complying with civil authority.”

But Ali argued back, stating that the strategy in force since 9/11 has failed, because it only focused on Islamic violence, not Islam itself. By ignoring Islam as a whole and only following up with the violent outbursts, they are not striking down the ideology that causes the violence in the first place.

Ali has written multiple books and currently lives with the need for constant bodyguards after one of her artistic partners, filmmaker Theo Van Gogh, was murdered in 2004 with a death threat against Ali pinned to his chest with a knife. After being born in Somali, she suffered female genital mutilation and later escaped to Denmark where she was elected to their House of Representatives in 2003.