BOOM! Father Opens Can of WHOOP On School Board: ‘STOP TEACHING MY CHILD ABOUT ISLAM!’ 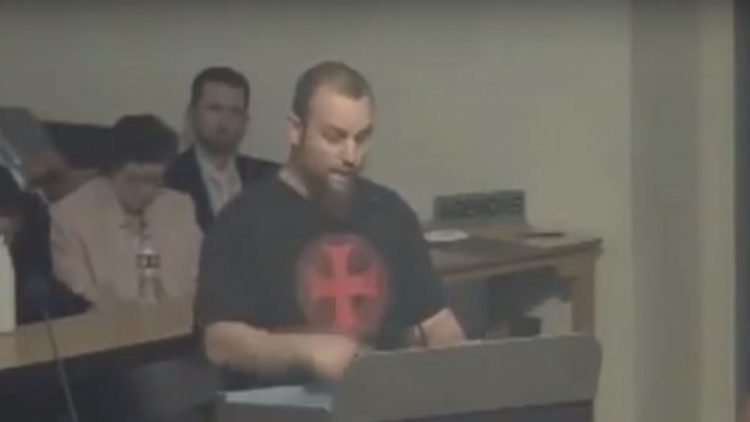 When a parent from the San Diego Diego Unified School District, Christopher Wyrick, stepped up to speak out against an anti-bullying program specifically focused on protecting Muslim students, he only needed just under two minutes to get across a point some people take hours to explain.

Islamic sympathizers are slowly forcing religious education back into schools, but Wyrick’s short speech wants to point out the hypocrisy of cutting out Jewish and Christian religious teachings while allowing Islamic ones.

In the video below, Wyrick starts by telling the board that while he’s held “many titles” in his life, the one he won’t accept is “infidel.” He goes on to question why, if there is so little reported harassment of Muslim students,  would tax dollars go to fix a problem that isn’t there?

When the buzzer rang on him letting him know that his one minute was up, he apologized quickly. but went on with stronger and more passionate statements. An off-camera official cut him off, saying: “Okay, thank you very much!,” but Wyrick continued on, saying, “You’re gonna have to drag me out of here!”

He continued, questioning how CAIR (Council on American-Islamic Relations), with “ties to terrorists like Hamas,” could have a connection to the board. The officials again began to ask him to finish before he cut them off, saying: “Yeah, whatever!,” before accusing the board and CAIR of implementing “propaganda and hate speech into our schools in an effort to brainwash the minds of the young.”

As two officers stepped up, Wyrick said, “You guys are hypocrites, and you guys should protect your children!”

You can watch the two minute video here:

In John Hawkins’ new book, ‘101 Things All Young Adults Should Know’, he teaches in number 16 of the book that you should be nice until it’s time to not be nice, and that’s exactly how Christopher Wyrick approached the situation here.