Child Brides Being Tolerated In Migrant Centers – Despite Bans In Europe…

Norway is tolerating ‘child brides’[1] in their immigration centers. That’s called pedophilia. Grown Islamic men take wives anywhere from 8 years-old and up. And let me be clear… they are wives in every sense of the word. This is condoning child abuse… it’s sexual abuse and is simply monstrous. What the heck has happened to the Norwegians? It’s even worse than it looks on its face as some of the underage girls pass themselves off as adults. With no way to check backgrounds or verify any claim, the Norwegians are just letting it slide. Right into an evil, demonic abyss. 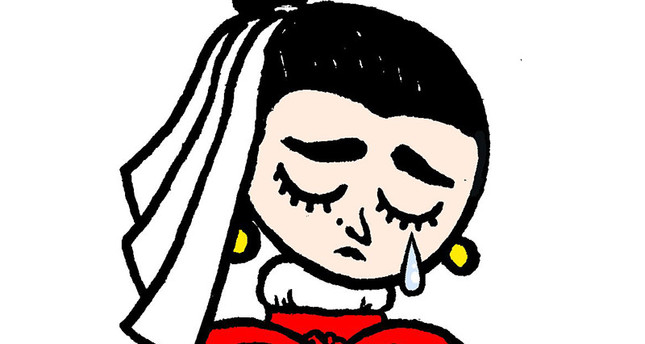 Some child brides are living with older husbands in asylum centers in Scandinavia, triggering a furor about lapses in protection for girls in nations that ban child marriage.

Authorities have in some cases let girls stay with their partners, believing it is less traumatic for them than forced separation after fleeing wars in nations such as Afghanistan or Syria.

Some girls have also passed themselves off as adults.

Both these issues have caused unease in Scandinavia, where critics say that the authorities risk complicity in child abuse.

Of 31,000 asylum seekers who arrived in Norway in the past year or so, 10 of those aged under 16 — the minimum local age for sex or marriage — were married and four had children, the Norwegian Directorate of Immigration (UDI) said.

Of the 10 “some live in adult asylum centers, some in their own rooms and some with their partners,” it said in emailed replies to Reuters questions.

“Minors seeking asylum are in a difficult situation where they have left their homeland, family and friends, and the partner they have traveled with can be the only person they know and trust in Norway,” said Heidi Vibeke Pedersen, a senior UDI official.

What’s the excuse they give? They say it would be less traumatic than removing them from someone they know. After all, I’m sure these children would miss their rapists. I mean, it would be so horribly traumatic to rescue them and free them from their monstrous captivity. Unbelievable. The Danes are doing this too, but have decided to put a halt to it. It should never have been allowed in the first place. The Swedes have fully bowed to Islam and have gone over to the dark side… In January, after reports by Swedish Radio, authorities said that at least 70 girls under 18 were married in asylum centers run by municipalities including Stockholm and Malmo. PLAN, a non-governmental organization which helps children in developing nations, believes there are 15 million child marriages every year and says developed nations should never approve. Muslim families basically sell their daughters into marriage where they are little more than sex slaves. Trafficking is rampant in these migrant camps as well. Whatever happened to right and wrong? To protecting children? This is sheer evil.