Christians Continue to Be Killed in Egypt

Egypt fell to Islam in 641, after someone opened the gates of Alexandria to the invaders from within. For centuries afterward, the population remained Christian. Over the generations, people were worn down by the second-class status imposed on non-Muslims by the Islamic rulers. But all these centuries later, Muslims have not finished eradicating Christianity in Egypt. However, they are working on it:

Coptic Christians in Egypt claim they are suffering a fresh spate of murders as part of a jihadist campaign against them after three were killed in the space of eight days.

The three men were found murdered in the space of just eight days from the last week of June with a fourth man also slaughtered in late May.

Coptic groups in the country fear that the killings may have been carried out by extremists with loyalties to groups such as Islamic State (ISIS).

Authorities don’t seem to be in any hurry to solve the crimes. After Christian artist Michael Nabil Bebawy’s decapitated body was dumped on railway tracks, the police claimed in was a train accident, despite the pools of blood that were found some distance from the tracks.

Imagine how bad it would be if Obama’s Muslim Brotherhood friends were still running Egypt. 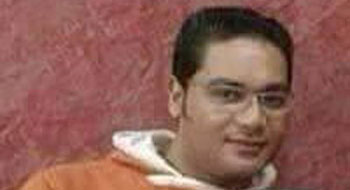 Bebawy, another casualty in Islam’s war of annihilation.