Egypt seems to have a real problem with radical Islamists. First, last week, an Egyptian professor got on TV there and claimed that if a woman wore ripped jeans, she deserved to be raped. That it was the national duty of Egyptian men to rape these women to help them with their self respect and morality. Now this. A prominent Egyptian Salafist cleric is now suggesting that Islamic doctrine allows a man to have sex with daughters born out of wedlock or other situations. They can also marry them. That’s called incest, you dolt.

Mazen Al-Sersawi is supposedly citing prominent Muslim scholar Imam Al-Shafi’i in all this. He claims that because illegitimate daughters are not officially attributed to their fathers, they can marry them. That’s sick and twisted logic for you. More depravity from the religion of pieces. He makes his case in a viral video not displayed here because it is in Egyptian. But you get the drift. This perv is being eviscerated for his comments and rightly so. He’s certainly not helping the image of Islam here. In the video, Al-Sersawi said Imam Al-Shafi’i is known for saying men may marry their own daughters that are born out of wedlock. Al-Sersawi teaches at Egypt’s Al-Azhar University. He is saying here that Al-Shafi’I says a girl born in an adulterous relationship is ‘not really his daughter’. Uh wrong and again, sick. I’ve heard these guys justify rape, pedophilia, torture, murder, slavery and now incest. Is there anything evil they don’t embrace?

He points out that since an illegitimate daughter does not carry her father’s name, ‘she is not his daughter according to Sharia. She is not officially attributed to him’. Another reason to shun and ban Sharia law. The video was actually compiled in 2012, but it just resurfaced online and is getting a ton of attention. A number of Islamists are using it as a justification to rape and marry their own offspring. 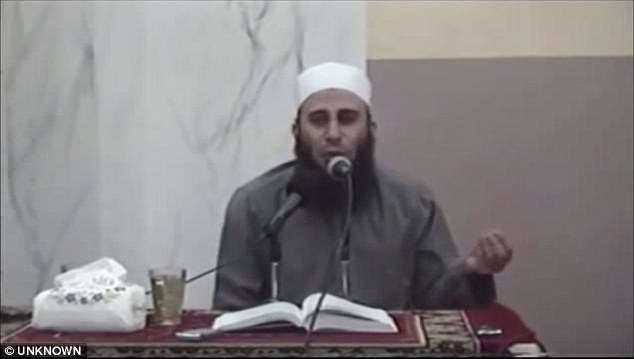 This is disgusting. It’s revolting. One guy was so sickened by it, he tweeted, “What is this madness?” and a woman simply said, “Ewww.” However, before you say that civilized Americans would never embrace such barbarity, Slate and Cosmopolitan have both run articles justifying incest. It isn’t just an Islam thing – it’s a leftist thing. An immoral and perverse thing.

Earlier this year, another Egyptian cleric, Muftah Mohammad Maarouf, said in a televised debate the age for marrying should be low enough for new-born babies to be married off. There’s your pedophilia right there. He said as long as “no harm” is done to the child, there is no problem “preventing her from getting married,” adding “in Islamic Sharia there is no set age for marriage when it comes to females.” So, child rape is just peachy. Gotcha. Egypt, WTH? I have a number of Coptic friends there who I always worry about. With these beasts suggesting such things, it doesn’t ease my mind in the least.