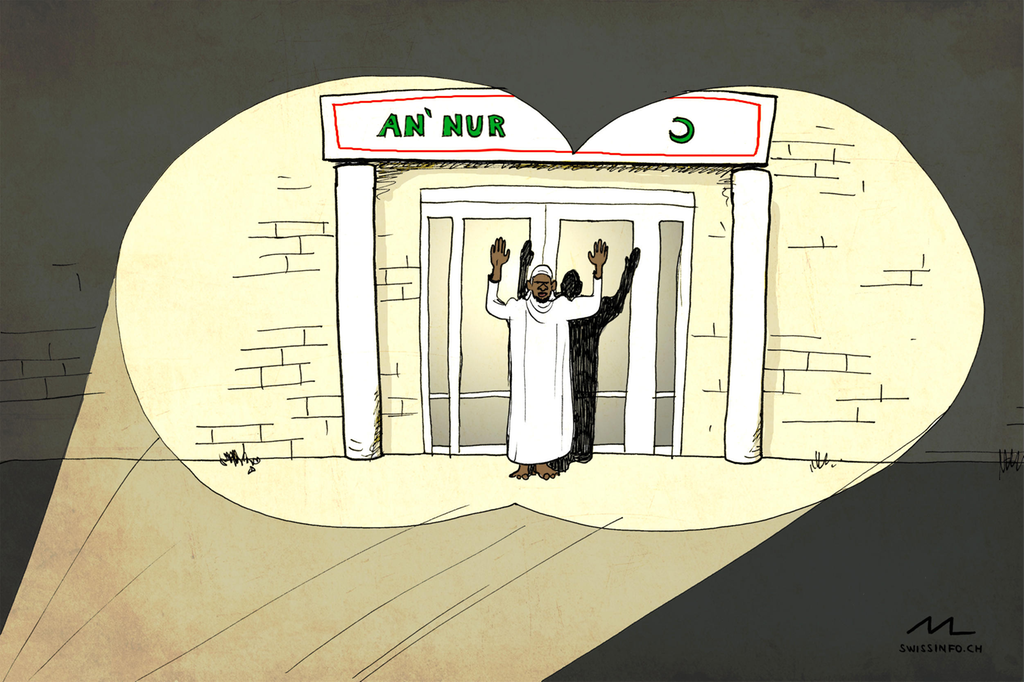 An Imam at the An’Nur mosque has been caught preaching violence against Western people.

In October of last year, authorities in Switzerland descended upon the An’Nur mosque where they arrested an Imam from Ethiopia for his repeated calls for his mosque’s followers to obey the violent verses present in the Quran, especially the ones that encouraged the slaughter of infidels.

A court in Zurich has now given their sentence to the Imam, which includes a suspended 18-month prison sentence and the deportation of the man, who is now banned from re-entering the Swiss country for the next 15 years. The preacher, 25, was also charged with the distribution of online photos showing executions and for violating labor laws by working in the country without a permit to do so. Strangely, the judge said that the man isn’t a “fanatical Muslim,” but rather a scholar who is asking adherents to practice Allah’s Islam. The issue for the courts was whether the man was in the wrong to encourage his fellow Muslims to burn other Muslims who are not following Islamic law strictly enough.

The Ethiopian man used this verse from the Hadith Sahih Bukhari (11:626), which is a commentary on the Quran, to justify his beliefs:

“The Prophet added, ‘Certainly I decided to order the Mu’adh-dhin (call-maker) to pronounce Iqama and order a man to lead the prayer and then take a fire flame to burn all those who had not left their houses so far for the prayer along with their houses.‘”

Further reports say that in November of 2016, police raided the mosque to find four possible illegal aliens in the country and that in early 2017, ten more people were placed under arrest when it had been alleged that they had attacked and even imprisoned members of the mosque who had spoken to journalists asking for details about the Imam’s case. The mosque keeps saying that they are not radicalizing anyone and say that they have no links to any terroristic groups.

In Texas two years ago, an Imam came out supporting Trump’s proposed Muslim immigration ban[2] that was intended to improve vetting procedures, but the others in his mosque immediately demanded that he should resign for saying such a thing. Before that, in 2014, an imam in Philadelphia attempted to chop the hand off of a suspected thief with a machete[3]. The man had severe cuts on his wrist after being dragged to the back of the mosque and attacked.