Imagine if you will, a world where grown men gang together and beat up one woman nearly to death and get away with it. OK, stop thinking about your vicious Ex for a moment and pretend she didn’t take all your money. Is there anything less civilized as ten or more refugees beating a woman[1]? Well it’s happening thanks to bleeding heart liberals who love the open door policy that’s let the Trojan horse of trash lurk our lands. It’s time to push back, say no to refugees and protect ourselves against an evil that impends doom. 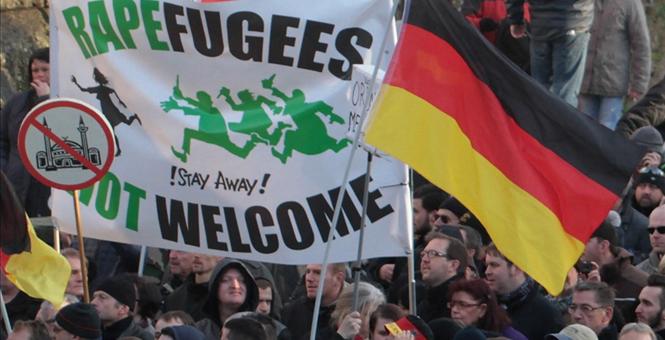 And for your viewing disgust, here’s a woman beaten nearly to death in Europe by a gang of men. Seriously guys, don’t you have anything moral or better to do with your time? Regardless on who Brett endorses for President, he’s right about one thing – you should be angry at this.