Egyptian Prosecutor: It is the national duty of men to rape women in ripped jeans [VIDEO]

When I hear American feminists screech about “rape culture” in our country, I roll my eyes so hard that it gives me a headache. For the longest time, I didn’t believe that it even existed. I thought that “rape culture” was just another one of their made up words; a perceived problem in search of a feminist solution, if you will.

But the more I hear about what is happening to women overseas, the more I realize that rape culture is, in fact, a thing. It is very real and millions of women in the world are experiencing it every day.

Take Egypt, for example, where a prosecutor recently told a panel on national news that it was a man’s duty to rape a woman who is dressed in what he deems to be “revealing” clothing. 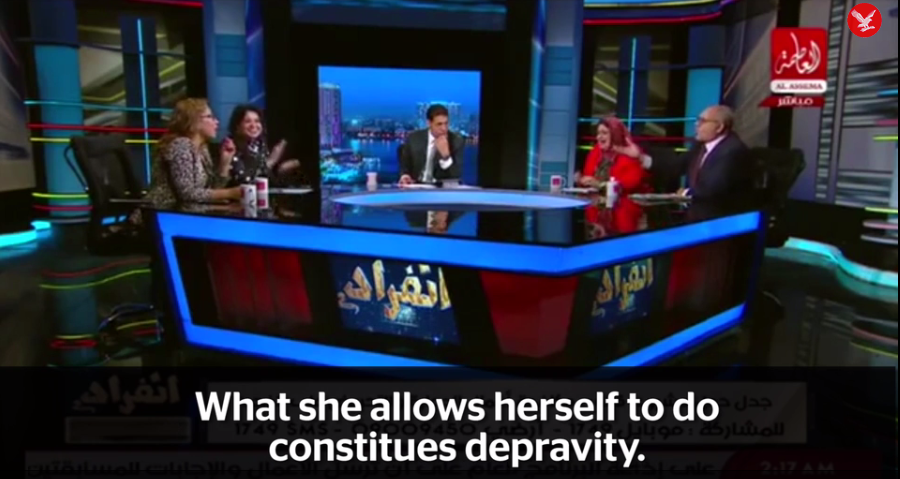 Nabih al-Wahsh (or as I like to refer to him, a fat bag of scum) is now facing legal action after making extremely controversial remarks while discussing laws regarding “inciting debauchery” on television.

He actually had the gall to suggest that if a woman wore certain clothing, it is a man’s duty to sexually harass and/or rape them.

The National Council for Women reported the comments to Egypt’s top prosecutor and released a statement decrying the violent, sexist comments made by al-Wahsh.

“All the members of the council denounce and decry this statement that explicitly promotes rape and sexual harassment,” it read.

They also plan to file a complaint to the news station on which he made the disgusting statement.

“Are you happy when you see a girl walking down the street with half of her behind showing?” al-Wahsh asked the panel.

“I say that when a girl walks about like that, it is a patriotic duty to sexually harass her and a national duty to rape her,” he said with absolutely no remorse.

It’s worth noting that he is also the same man who labeled a liberal commentator an “infidel” in a segment that was forced to end after the panel began throwing things including chairs and shoes.

These horrifying comments come after some 83% of Egyptian women admitted to having been sexually harassed and 53% of men stated that these women had somehow “brought it on themselves.”

Egypt’s capital city of Cairo has been dubbed one the “most dangerous” cities for women.

This is something I would like to see American feminists tackle. The women of Egypt need to know that they aren’t alone in this, and that the first world isn’t going to stand for this kind of thing.