Stopping at McDonald’s for lunch would seem to be a rather routine occurrence. Aside from potentially gross food, there’s not much that could seemingly go wrong. But for one family, their lunch went disastrously wrong — and they’re blaming it on Islamophobia[1]. 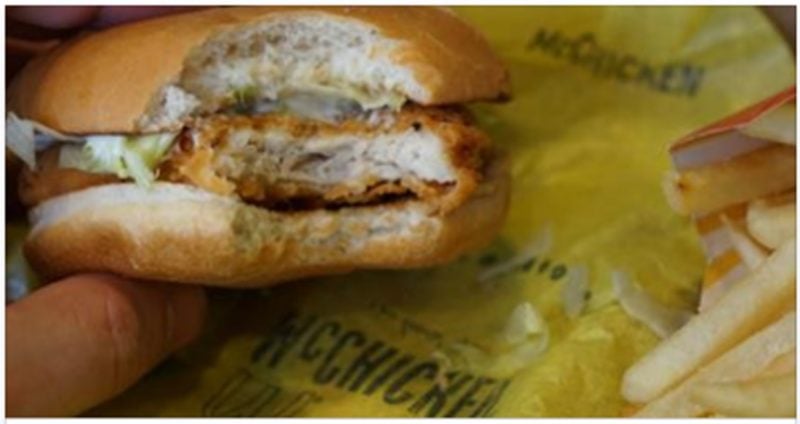 According to the Council on American-Islamic Relations, a Decatur McDonald’s intentionally added bacon to a Muslim family’s meal. The family was visiting from New York, and placed an order for 14 sandwiches. They soon realized that they had bacon, which is forbidden in Islam.

“They started noticing it tasted different to them,” Khaula Hadeed, head of the Alabama chapter of the CAIR, said. “They eat McChicken all the time at McDonald’s. They knew what they ordered — they know what’s in the sandwich.” McChicken sandwiches have a toasted bun, breaded chicken, shredded lettuce and mayonnaise. The sandwich does not contain bacon.

Hadeed said that this was an intentional attempt to attack the family. “It doesn’t sound like a mistake, especially on 14 sandwiches,” she said, describing it as “an intentional act of religious and ethnic bigotry.” Hadeed wants the restaurant investigated now and is demanding an apology on behalf of the family. “They’re essentially disturbed about it,” she said. “McDonald’s should investigate this incident, identify and terminate the employees responsible, and take proactive steps to satisfy this American family’s concerns, starting with an apology.”

The incident caused fierce debate on social media. “I’ve certainly seen ‘good Christians’ doing some nasty things to those who are different,” one reader said. “I don’t know what happened here, but I can believe that someone putting together the sandwiches in a way that they knew would be offensive.”

“Decatur is a hot bed of alt-right, religious fanatics who aren’t tolerant of anybody who doesn’t look like a Baptist,” another reader said. But others were skeptical. “It’s a scam,” one person wrote, alleging that the family framed the restaurant as a means to get money or attention. “They probably picked an Alabama McDonald’s because they figured it would draw more attention than say a McDonald’s in NYC.”

Do you believe the family?