Former FBI Counterterrorism Agent: We Needed Help From the U.S. Muslim Community, But…

It’s interesting how Obama is always wanting to make excuses for Muslims whenever there’s an Islamic terror attack, while also blaming the United States for “fueling” their genocidal rage. It’s interesting because, despite Obama’s constant blathering about how much Muslims just love America, they haven’t lifted a finger to help. 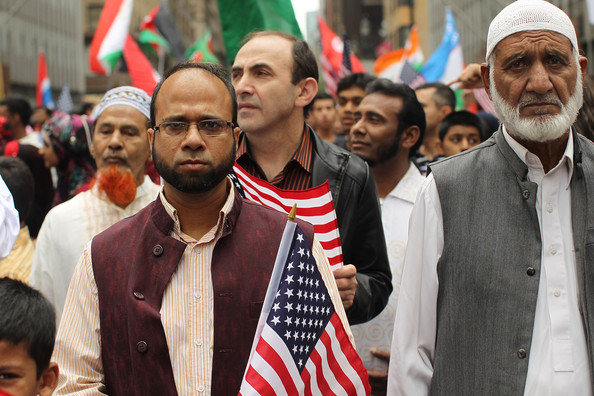 Guandolo, who pointed out on Friday’s Breitbart News Daily that a “vast majority” of U.S. mosques and Islamic centers are a part of a much larger “jihadi network,” told host and Breitbart News Executive Chairman Stephen K. Bannon that though Muslim community leaders “certainly give the air as if they are helping,” if one looks at the “major Islamic organizations, the major Islamic centers in the United States,” they have “condemned all of the counter-terrorism policies and they’ve gotten the government to kowtow to them, to turn only to them for advice.”

“And what advice do they give them?” Guandolo asked. “That Islam doesn’t stand for this and that everything you’re doing is the reason for what happened—9/11 is your fault because of your policies.”

Last night, Obama said that “if we’re to succeed in defeating terrorism we must enlist Muslim communities as some of our strongest allies, rather than push them away through suspicion and hate.”

Guandolo said he doesn’t necessarily agree with the idea that “we have to work with the Muslim community in order to solve this problem here in the United States,” but “if you are going to work with the Muslim community, the U.S. government” should not be “exclusively working with Hamas, Muslim Brotherhood entities without exception” like it is doing now. Guandolo named the Muslim Public Affairs Council, the Islamic Society of North America, the Council on American Islamic Relations (CAIR), and the Muslim American Society.

We shouldn’t automatically treat all Muslims with suspicion and hate. But neither can we operate under the illusion that Islamic terrorism isn’t because Islam is an inherently violent, homicidal religion that attracts genocidal maniacs.