Four cops shot, one dead; the suspect is exactly who Trump warns us about

This is an update from breaking news from the Orly airport in Paris, where four cops were shot and one killed. The shooter is identified as a radicalized Muslim on the terror watch list. This is the exact type of person who President Trump targets in his executive orders.

People have fought over the travel restrictions that target Muslims from several countries known to produce terrorists like they’re growing vegetables on a farm. The Orly shooter is an example of the type of person that Trump wants to prevent Americans from dealing with.

The shooter was known to security services and there should’ve been surveillance on him at all times, especially if he’s anywhere near an airport. This is a wake up call for liberals and Democrats who continue crying about their feelings. Time to leave the security of our nation up to the big boys and let people do their jobs. A cop is dead and people were terrorized due to a lapse in French security[1]. We can’t let these things happen in America. 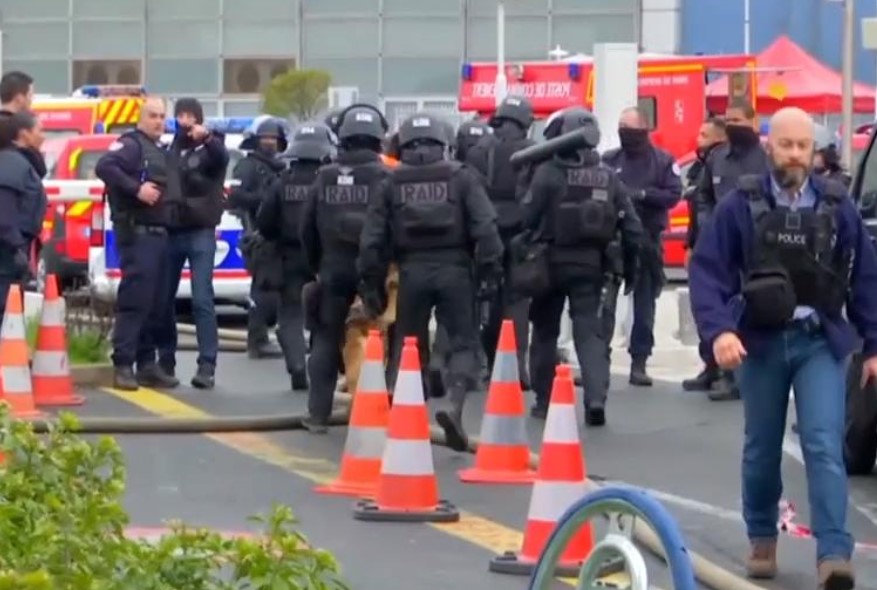 A “radicalised Muslim” known to security services has been shot dead after attempting to steal a soldier’s gun at Paris[2] Orly Airport.

The 39-year-old French citizen, identified as Ziyed Ben Belgacem, shot at police officers manning a checkpoint in northern Paris with an “air pistol” before launching the airport attack, the French interior minister said.

During a visit to the airport, Bruno Le Roux said one officer was shot during the routine check and was undergoing hospital treatment for injuries to his face.

“The individual’s identity is known to the police and intelligence services.” Belgacem’s father and brother, as well as a cousin, have been detained for questioning.

According to French broadcaster BFMTV he had sent them a text reading: “I screwed up, I shot the police.”

A police source described the attacker as “a radicalised Muslim known to intelligence services”.

Watching this sad attack happen in Paris needs to be a reminder to Americans that we have people who put security of the country above all else. National security is more important than your feelings or your adjusted travel plans.

When liberals and Democrats fight the travel restrictions Trump wants to execute, then those people are fighting against national security. They care more about people’s feelings and travel schedules instead of caring about people being murdered in an attack.

When Muslims come to America, they should be properly vetted. The number of Muslim people who hate America is too damn high, which makes me wonder why they want to come here in the first place.

I always hope that the hardworking, good Muslims in America will stand tall against the radicals. Help fight against the bad people and keep our country safe for everyone!