Korans Found In Toilet At U Of Texas Dallas, Police Are On The Case!

What’s the over/under that this turns out to be yet another in a long line of fake hate crimes? And, really, is this actually a crime?

(Texas Tribune[1]) Police are continuing to investigate an incident at the University of Texas at Dallas where two copies of the Muslim holy book were recently found inside a toilet bowl.

The Mercury, UT-Dallas’ student newspaper, broke the news April 11[2] that two UT-Dallas students noticed the copies of the Quran in the men’s bathroom on March 28 and alerted authorities.

UT-Dallas Police Chief Larry Zacharias told The Texas Tribune on Thursday that investigators “don’t have too many leads” but are conducting video reviews with help from university staff. He said his team may have narrowed the timeframe for the incident down to about a 30-minute period.

They aren’t regular police, but, campus police are employed by the state of Texas, as it is a state institution. Do they have nothing better to do than hunt down the perpetrators of Wrongthink? What law(s) was broken? Perhaps if someone had stolen the Korans, OK, theft. No one has reported any Korans missing. Otherwise, it would mean someone purchased two Korans and left them in the toilet. Is destruction of your own property a crime now? At least in reference to books.

The president of UT-Dallas’ Muslim Students Association condemned the incident in an interview with The Mercury.

“Given the current political climate and how Muslims are portrayed in the media, it makes certain individuals act in this hateful way,” said Mohammad Syed.

It’s interesting how this whole thing played out, per the Mercury link.

Jonathan Schuler, the head of the SG legislative affairs committee, discovered the Qurans in the bathrooms after the Student Government meeting on March 28. Schuler came to the office and asked the senators what they were supposed to do. 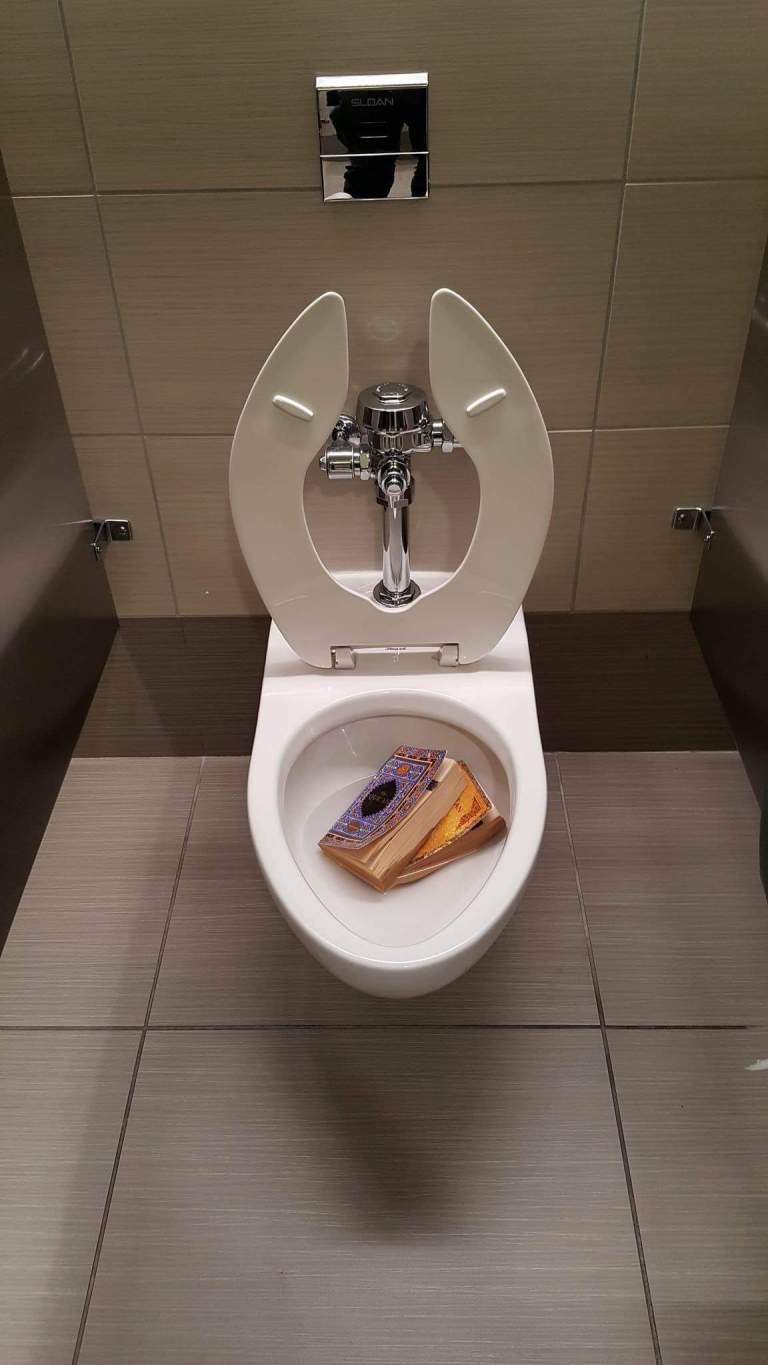 “I was appalled. It made a lot of the hate I had been hearing and seeing on national news real, and very present,” he said.

Sammy Lutes, a neuroscience senior who serves as a senator on the legislative affairs committee, immediately took pictures of the incident as evidence.

The Student Union manager was then notified, who called UTD police to remove the “evidence.” And then the Student Government then released a condemnation statement.

It’s actually surprising that it has not made the national news other than Fox. It’s not surprising that police, especially on campus, have been dragged in to investigate Wrongthink. Can’t wait till they attempt to hide that this was a hoax under the rug.