Are you ready for your head to explode? No, seriously, go grab your blood pressure medication or a stress ball because what you’re about to read is going to send you through the roof.

Shabir Ahmed was the head of a sex trafficking ring in Rochdale and he blamed white people for not looking after their teenage daughters, making them perfect targets for disgusting perverts like him. 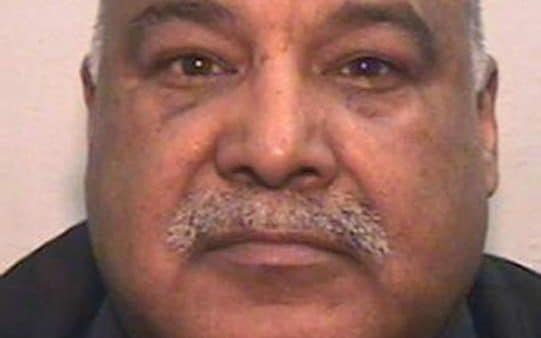 After being accused of extremely heinous crimes against women, Ahmed claimed that he was the victim of the police-led conspiracy and was being targeted by “clever girls” who “knew what they were doing.”

He accused them of working as prostitutes and targeting Pakistani men for their “business.”

Despite this, there was one crucial bit of evidence that he simply couldn’t explain away: a DNA sample found on the clothing of a girl he raped and then trafficked.

After divorcing his wife, Ahmed began bribing a 15 year-old victim with vodka, after which he would rape her in an apartment above a restaurant[2]:

“It’s part of the deal,” he told her. “I bought you vodka, you have to give me something.”

According to the victim, Ahmed threatened to kill her unless she got into his car. He also forced her to have sex with another man, calling it a “treat.”

He then blamed the white community for not keeping an eye on their teenage girls, claiming that by the time he got his hands on them, they were already “trained” in sex and drinking, ready to join his ring.

“When they come to us they are fully trained and they start their own business.”

I don’t think I’ll be taking advice from a man who thinks it’s okay to rape teenagers simply because their parents don’t keep them hidden under burkas or keep them subservient by penalty of death.